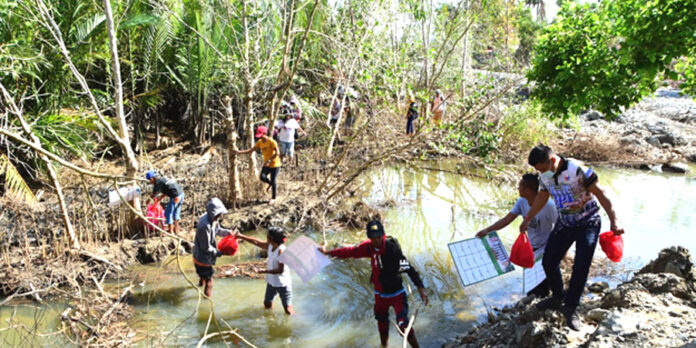 Bacolod City – Gov. Eugenio Jose Lacson said that there is no memorandum of agreement yet for the ₱ 90 million assistance to be extended by the National Housing Authority to typhoon victims in Negros Occidental.

Lacson said they were told that it is still with the legal department of NHA.

The Bureau of the Treasury also reported that it has downloaded ₱ 1.2 billion in assistance to the different local government units for typhoon victims, including the ₱ 41 million to the provincial government.

Provincial Administrator Rayfrando Diaz earlier said that the Department of Interior and Local Government will have to come up a joint memorandum circular governing the release of ₱ 41 million assistance.

With this development, Lacson said that they will start the distribution of corrugated GI and plain sheets, as well as food packs to typhoon victims in Sipalay City, on January 9.

This was after the Sipalay City government distributed financial assistance to typhoon victims, he said, adding that all LGUs in the province already received assistance from the National Treasury.

After receiving financial assistance from their respective LGUs, families affected by the typhoon will receive construction materials to help them rebuilding their homes, Lacson said.

He added that the construction materials to be distributed in Sipalay City came from private donors, on top of P50 million roofing materials purchased by the provincial government, that is set to be delivered by the supplier.

Ironically, Sipalay City and Hinobaan have smallest allocations due to delayed reporting of damages in their respective areas, reportedly because of lack of communication after the typhoon. (Gilbert Bayoran via The Visayan Daily Star (TVDS), photo courtesy of TVDS)