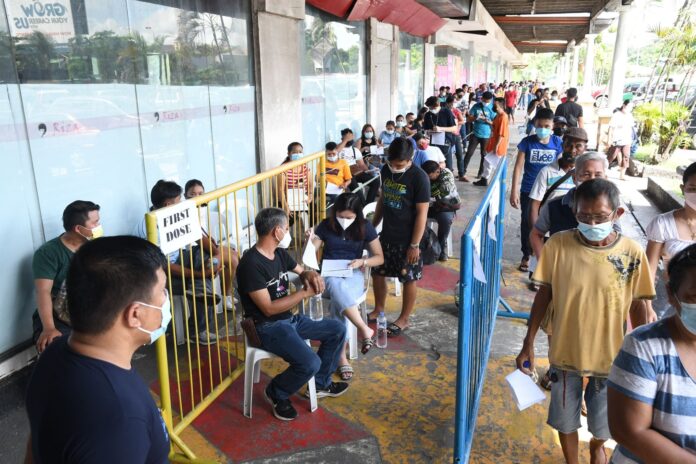 Bacolod City – The Progressive Alliance of Capitol Employees (PACE) expressed its support to the mandatory vaccination of all Negros Occidental provincial government workers.

PACE president Renelo Lastierre disclosed that they welcomed vaccination for government workers as a preventive measure to protect the health of the workers.

“In these worst times, it’s better to be prepared, Lastierre said in his issued statement. He, however, stressed that respect for the right to life, as a constitutional mandate must equated with safety of the many.

Every person must be responsible for the collective protection with due respect to liberty, freedom from coercion, discrimination and religious belief, “Lastierre pointed out.

Asked if he will implement the mandatory vaccination for all Capitol employees, Lacson said he will have to check if how many of them are still unvaccinated.

“We will talk to them, and convince them,” Lacson said, as he estimates that 20 percent of the Capitol work force have yet to be vaccinated.

Meanwhile, the National Congress of Unions in the Sugar Industry of the Philippines (NACUSIP) slammed the Department of Labor and Employment (DOLE) on its “cowardly response” to an inter- agency order to employers “to require their employees to be vaccinated.”

The resolutions issued by the Inter-Agency Task Force for the Management of Emerging Infectious Diseases (IATF-EID), through Resolutions No. 148 and No. 149 dated November 12 and November 18, respectively, have ordered all establishments and employers to require their employees who must report in person to be vaccinated, a statement from the NACUSIP said.

It added that the cowardly response by DOLE by not issuing a Labor Advisory on the IATF Resolutions that will adversely affect the security of tenure, income and rights of workers to be gainfully employed, is a clear manifestation that the Labor department is not 100 percent on this drastic and unconscionable policy of the IATF,” the statement issued by president Roland de la Cruz, said.

NACUSIP also warned DOLE that strikes and work stoppages will be implemented nationwide unless this inhumane, dictatorial, anti-worker and anti-Filipino policy of the IATF is withdrawn. (Gilbert Bayoran via The Visayan Daily Star, photo courtesy of Bacolod City Public Information Office)