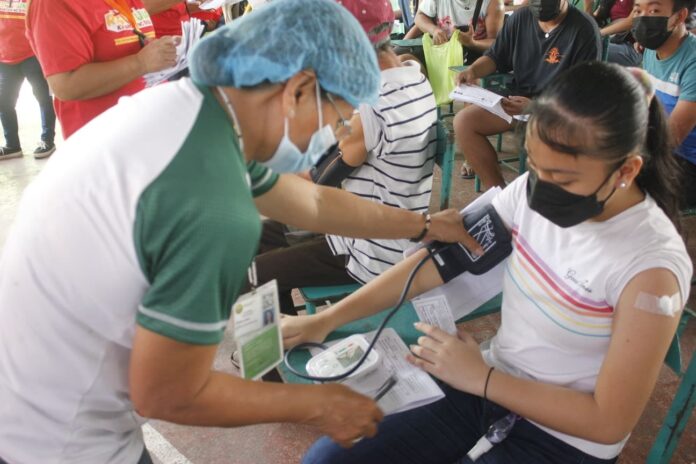 Bacolod City – Health authorities yesterday expressed alarm on the entry arrival of antigen reactive travelers from Metro Manila to Negros Occidental, as 80 percent of them who arrived on January 9 tested positive for COVID-19 after confirmatory RT-PCR testing.

Provincial Incident Management Team head Zeaphard Gerhart Caelian reported that the 220 travelers who arrived in Negros Occidental from January 6 to 9 and were found reactive to antigen testing are now being quarantined at the Silay City healing facility in Negros Occidental.

A total of 120 Locally Stranded Individuals who entered the province this month tested positive for COVID-19, which is equivalent to 59.7 percent, following the release of RT-PCR testing results.

Of the travelers that arrived from Manila to the province on January 9 who were discovered to have been antigen reactive, Provincial Health Officer Dr. Ernell Tumimbang reported that 83 percent of them are LSIs, while 11 percent locals.

Starting January 9, all inbound travelers from Metro Manila and other areas under Alert Level 3, including Iloilo City, regardless of vaccination status, are now required to submit a negative RT-PCR test result, 72 hours prior to travel in Negros Occidental, before their S-Pass will be approved, Governor Eugenio Jose Lacson said.

Tumimbang raised the possibility that many more infected travelers from Manila entered the province in December last year, before the Omicron variant was discovered, since they were not subjected to antigen testing at their points of entry.

Provincial Inter Agency Task Force action officer Rayfrando Diaz also reported that 58 of the 299 passengers of M/V Maligaya that docked at a Negros port were also found reactive on antigen testing on January 9.

Despite an increase in COVID-19 cases in the province, Tumimbang said they have not yet monitored any increase in number of severe cases or fatalities in hospitals.

Records of the Provincial Incident Management Team showed an increase of COVID-19 cases, from 170 in January 1 to 325 as of January 9 in Negros Occidental, excluding highly-urbanized Bacolod City.

Tumimbang confirms that the 31 towns and component cities of Negros Occidental, excluding Bacolod City, remains Omicron variant-free, as of this time.

Caelian, on the other hand, said that they will continue to administer antigen tests to arriving travelers, either at the airports or seaports, noting that passengers are now facing a hard time in getting RT-PCR test results, especially from the National Capital Region.

If they fail to secure negative RT-PCR test results, Caelian said they will be subjected to antigen rapid testing and placed under isolation upon arrival at the province. (Gilbert Bayoran via The Visayan Daily Star (TVDS), photo courtesy of TVDS)