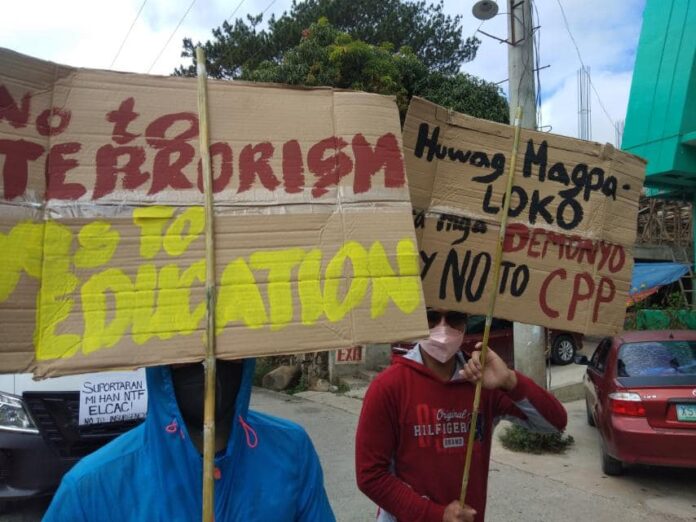 Hundreds of residents and “peace advocates” took to the streets in different parts of Cordillera Region on Sunday to denounce and protest the existence of the Communist NPA Terrorists (CNTs) and for using their area as a mobility corridor.

The simultaneous indignation rallies greeted the 53rd foundation anniversary of the CPP.

Police monitored a total of 94 indignation rallies in the different provinces in Cordillera.

Carrying posters and tarpaulins, the protesters called for an end to the “terrorist” activities, extortion, harassment and deception of civilians, as well as recruitment of minors by the CPP-NPA.

Further, 74 vigils or candle lighting were conducted for the victims of the Communist Terrorist Group (CTG) violence.

The simultaneous event was participated by the various barangay officials, Kabataan Kontra Droga at Terrorism (KKDAT) members, youth, and other stakeholders.

Former CTG members composed of 34 individuals joined the indignation rallies and shared their bad experiences the way they were deceived by the CNTs.