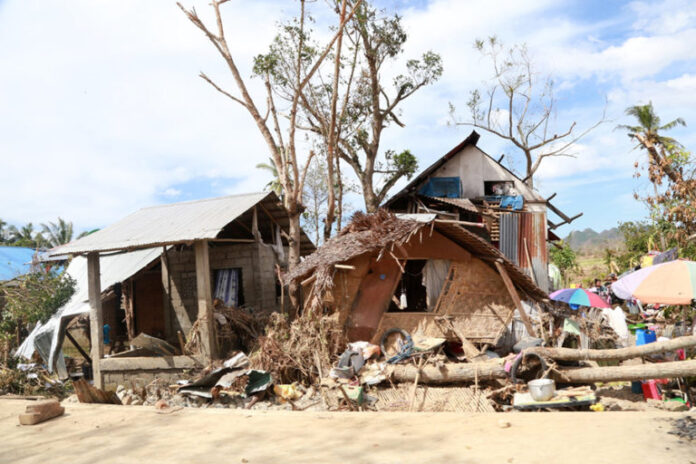 Bacolod City – Death toll from Typhoon Odette in Negros Island has risen to 118 as of December 24, according to reports of two provincial disaster risk and management councils.

The Local Disaster Risk Reduction Management Division (LDRRMD) of Negros Oriental reported on December 25 that they recorded 73 fatalities in the province, 15 missing, and 102 injured.

On the other hand, death toll from Typhoon Odette in Negros Occidental has risen to 45 as of December 24, the Provincial Disaster Management Program Division (PDMPD) said.

Ten others are still missing, of which six are in Sipalay City, one of the hardest hit areas of southern Negros, where power has yet to be restored as of press time.

The Negros Oriental LDRRMD also reported 13,331 houses destroyed, 51,381 partially damaged, with estimated damage to crops, and infrastructures, among others, was placed at more than P733 million.

Power has yet to be restored also in Manjuyod and Bindoy towns in Negros Oriental.

Seventeen of the 45 fatalities were reported by PDMPD as residents of Sipalay City, with 140 others injured. A total of 13,919 houses were either destroyed and partially damaged by the typhoon in Negros Occidental. Estimated damage in the province was placed at P5.9 billion.

Complaints were also aired on the refusal by some landowners to allow repairs in typhoon-affected southern Negros, hampering power restoration efforts.

Negros Occidental Provincial Government Administrator Rayfrando Diaz disclosed that some landowners, especially in Ilog town, which is among the areas devastated by typhoon Odette, refused to allow entry of repair teams due to pending disputes over right of way.

Diaz appealed to landowners not to hold hostage the welfare of the people in southern Negros Occidental.

To alleviate the need for power in the 6th district of Negros Occidental, the provincial government has sent 18 generator sets for charging of basic survival equipment of local disaster teams such as cellular phones and flashlights.

Diaz said that generator sets from hospitals and evacuation centers from other areas that can be spared will also be sent to southern Negros.

As of this time, the Negros Occidental Electric Cooperative (NOCECO) has managed to restore power in some areas of Kabankalan City, Ilog, Cauayan, Candoni, Hinobaan, but not yet in Sipalay City.

Diaz said that the National Grid Corporation of the Philippines (NGCP) has restored power to northern Negros but electric cooperatives are still repairing their distribution lines. (Gilbert Bayoran via The Visayan Daily Star (TVDS), photo courtesy of TVDS)