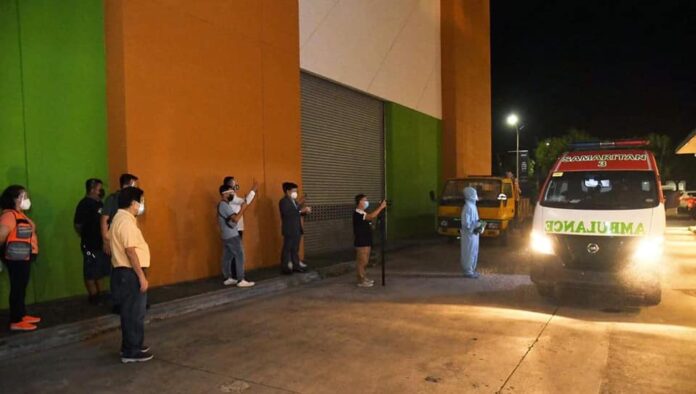 Bacolod City – Talks were rife yesterday that Bacolod City will be on a lockdown beginning today but Mayor Evelio Leonardia and a ranking official of the Emergency Operations Center-Task Force were quick to dismiss the issue saying these are mere rumors.

“This is to inform the public that there is no truth to the rumors in social media that Bacolod City will be placed under a lockdown status starting January 10, in anticipation of the resurgence of COVID-19 cases post-holiday season,” Leonardia said.

Bacolod City, the mayor pointed out, remains under Alert Level 2.

“As such, no directive for a lockdown in Bacolod City has been issued by the National Inter-Agency Task Force. Please be guided accordingly,” Leonardia added.

Dr. Chris Sorongon, EOC-TF deputy for medical and data analysis, said rumors of a lockdown in Bacolod have no basis in fact.

As a far the city is concerned, as expressed by the good mayor, the local government will continue to balance the people’s health and the economy, Sorongon said.

“Meaning it is business as usual but we have to proceed with caution by continuing to observe minimum health protocols,” he added.

If ever there will be imposition of restricted movements sometime in the future, it may only cover the unvaccinated residents, including unvaccinated children, he explained.

“Rest assured that the City of Bacolod has put in place mitigating measures in preparation for a possible surge brought about by post-holiday transmission or the Omicron variant, Sorongon said.

Sorongon enumerated at least seven measures which are currently the focus of the emergency task force headed by former Councilor Em Legaspi-Ang:

First, imposition of stricter border control; second, issuance of Executive Order No. 1 by the city mayor last January 7 requiring negative RT-PCR result for inbound travelers coming from areas under Alert Level 3 or higher alert level status; third, intensifying the vaccination drive and administration of booster shots with focus on vulnerable groups like the seniors and those with co-morbidities;

Fourth, master listing of the 5–11-year-old pediatric group; fifth, preparation of temporary treatment and monitoring facilities; sixth, intensifying the PDITR (Prevention, Detection, Isolation, Treatment and Re-integration) strategy; seventh, preparation of hospitals to ensure they have ample supply of medicines, oxygen and available beds, among others.

“We highly encourage residents with flu-like symptoms to seek early consultation and avail of free swab tests at the Bacolod Respiratory Center so that early treatment can be effected, said Sorongon.

He also issued a stern warning to those caught faking RT-PCR results and vaccination cards will face appropriate legal action.

“Let us unite and cooperate. Let us keep Bacolod safe and continue to observe minimum health protocols. Let this be your expression of love for Bacolod,” Sorongon said.