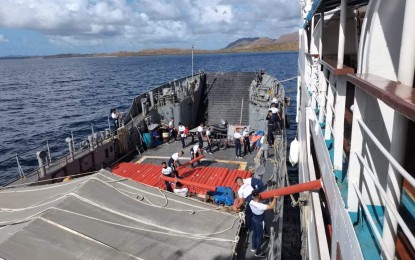 The BRP Ang Pangulo (ACS-25), the presidential yacht which has been repurposed into a floating hospital shortly after the onslaught of Typhoon Odette last month, has so far provided medical aid to 842 patients in Siargao and the Dinagat Islands.

The BRP Ang Pangulo is part of the 27-ship flotilla deployed by the Navy to help communities battered by “Odette”.

The ship left Manila on December 19, carrying thousands of relief goods and other essential items intended for the affected population in Mindanao.

Navy spokesperson, Commander Benjo Negranza earlier said they use their resources to assist disaster-stricken areas to ensure the timely delivery of relief goods to the typhoon victims.

Jalad said the government has so far utilized 28 air assets of the Air Force, 23 ships from the Coast Guard, and “31 flights of Boeing 737 cargo aircraft” to help in the transport of relief goods and supplies.

Aside from this, 138 land transport and commercial sea vessels are also helping in the effort.