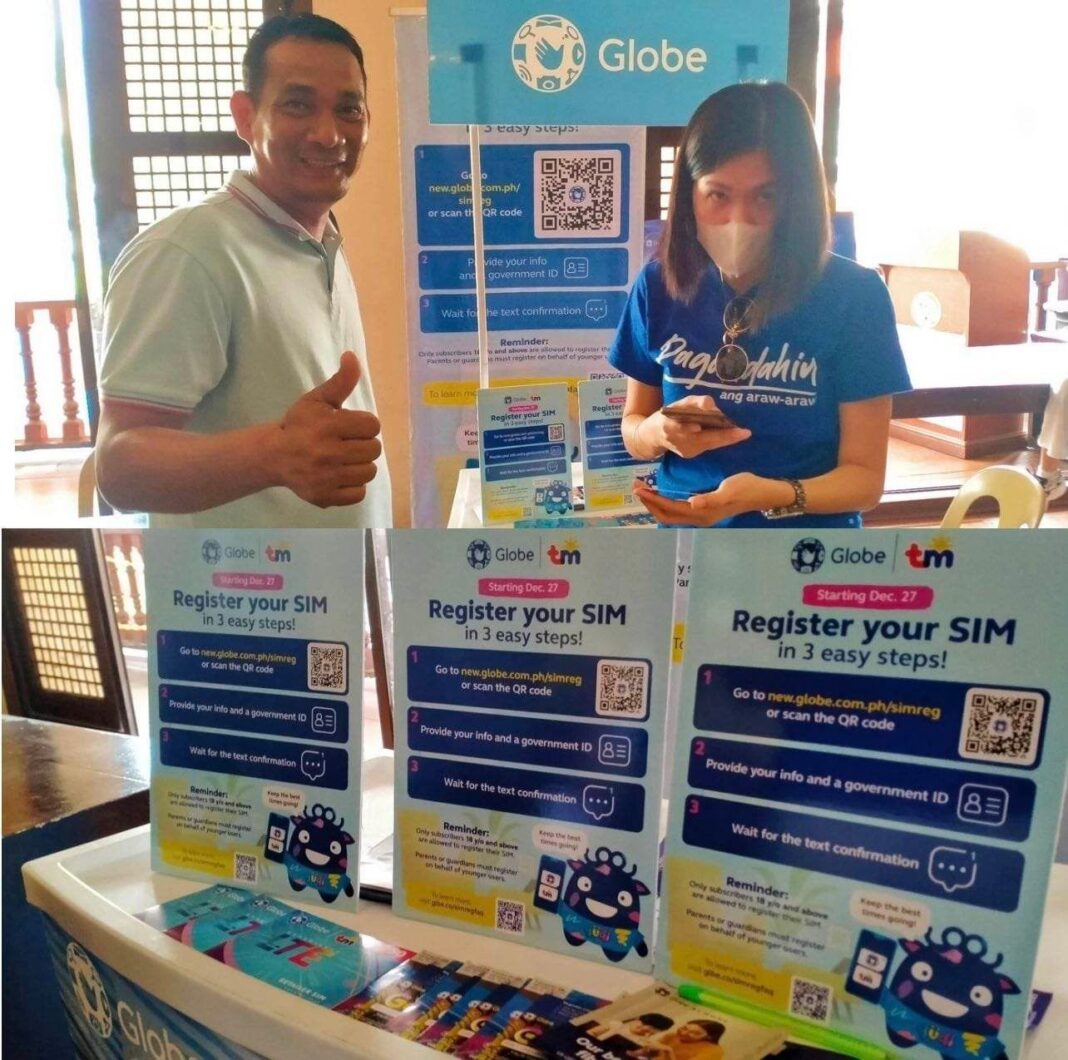 City Hall continues to facilitate SIM card registration in support of Republic Act 11934 or the Subscriber Identity Module (SIM) Registration Act which regulates the use of SIM cards by mandating all end-users to register their mobile phone numbers.

A Globe/ TM team was stationed at the City Hall lobby Wednesday, January 25, to assist City Government employees and the public on SIM card registration. It was in addition to the Smart Telecom team that was also deployed to City Hall starting last Monday, January 23 to 25.

Under the law, all existing SIM subscribers are required to submit an accomplished form through a database platform or website provided by the telecommunications firms within 180 days.

Phone numbers that will remain unregistered after six months will be deactivated.