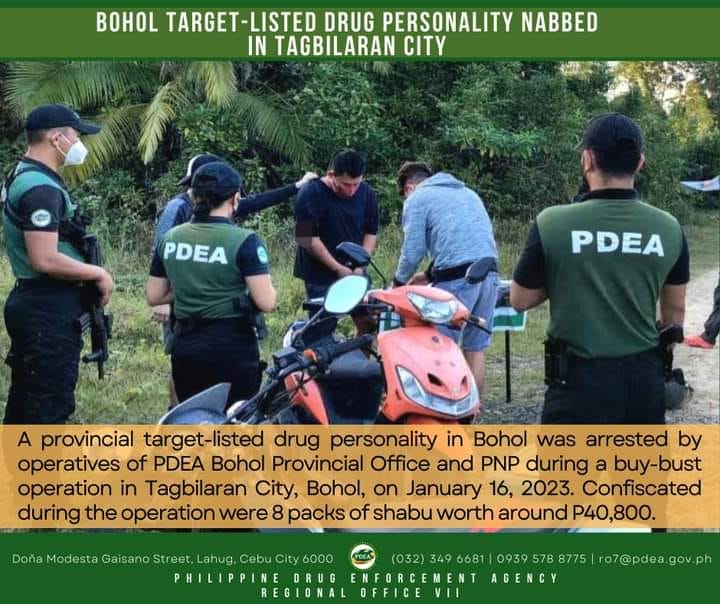 The suspect was identified as John Michael Pabelonia.

Confiscated during the operation were eight (packs of suspected shabu weighing around 6 grams with an estimated market value of P40,800, buy-bust money, one (1) cellular phone, and one (1) motorcycle.

The pieces of drug evidence have been submitted for chemical analysis.

Cases for violation of Sections 5 and 11, Article II of RA 9165 will be filed against the suspect.”