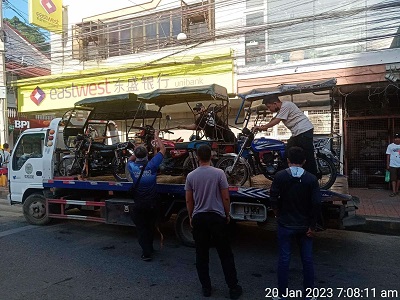 Upon orders of Mayor John Dalipe, the Task Force Ordinance together with the Traffic Management Unit and the City Hall COMPAC launched another crackdown against overcharging drivers and colorum tricycle units Friday.

The operation started 530am until 7:15am Friday along Corcuera and Valderrosa Streets in time for the arrival of passengers from the islands via ferries. It was launched anew in response to persisting complaints against overcharging drivers and colorum units.

Mayor Dalipe has ordered the intensified crackdown against operators of colorum tricycles and other violators of city ordinances.