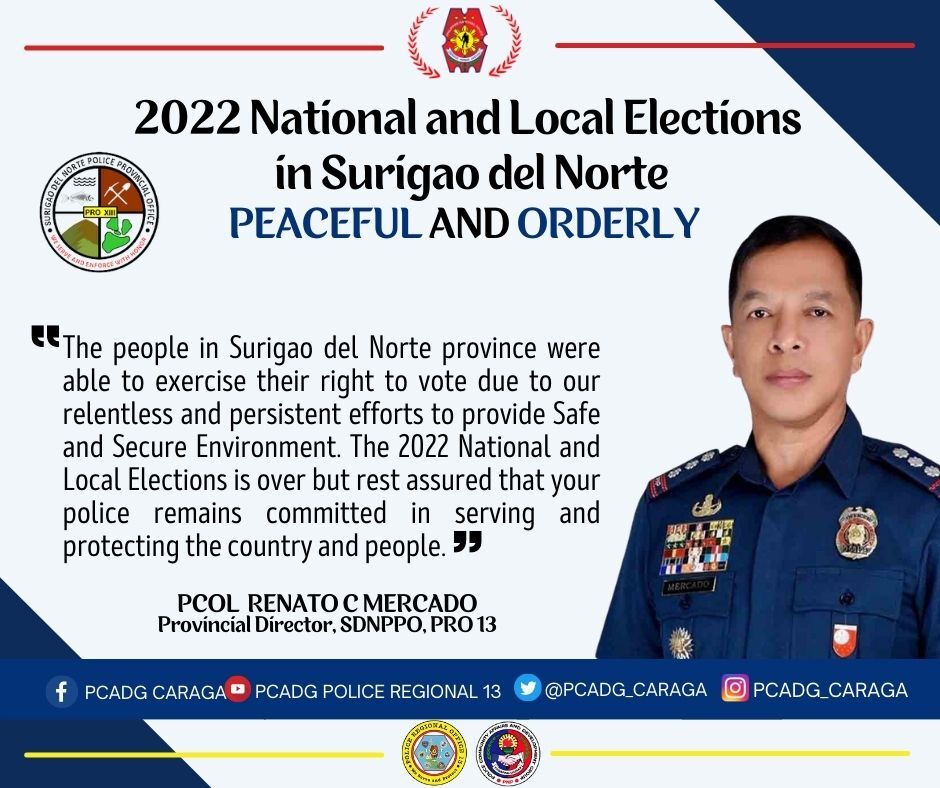 Camp Col Rafael C Rodriguez, Butuan City – Following the successful arrests of twelve suspects on COMELEC Gun Ban and violation on Republic Act No. 10591 or The Comprehensive Firearms and Ammunition Regulation Act prior the actual casting of votes, Election Day in the province of Surigao del Norte turned out to be generally peaceful and orderly.

The Office of the Provincial Operations Division recorded zero criminal activities in the entire province yesterday, citing that only minor incidents like malfunctions of Vote Counting Machines (VCM), other VCM technical problems, and long queue of voters in police precincts were the issues encountered but were appropriately addressed.

PCOL RENATO C MERCADO, Provincial Director of Surigao del Norte Police Provincial Office emphasized that the neutralization of possible threats in the province have contributed to the over-all success of the election.

“The people in Surigao del Norte province were able to exercise their right to vote due to our relentless and persistent efforts to provide safe and secure environment. The 2022 National and Local Elections is over but rest assured that your police remain committed in serving and protecting the country and people,” PD MERCADO said.

PCOL MERCADO added that all documents and statements against the arrested suspects have been prepared and cases will be filed at the sala of the Prosecutor’s Office last Tuesday.