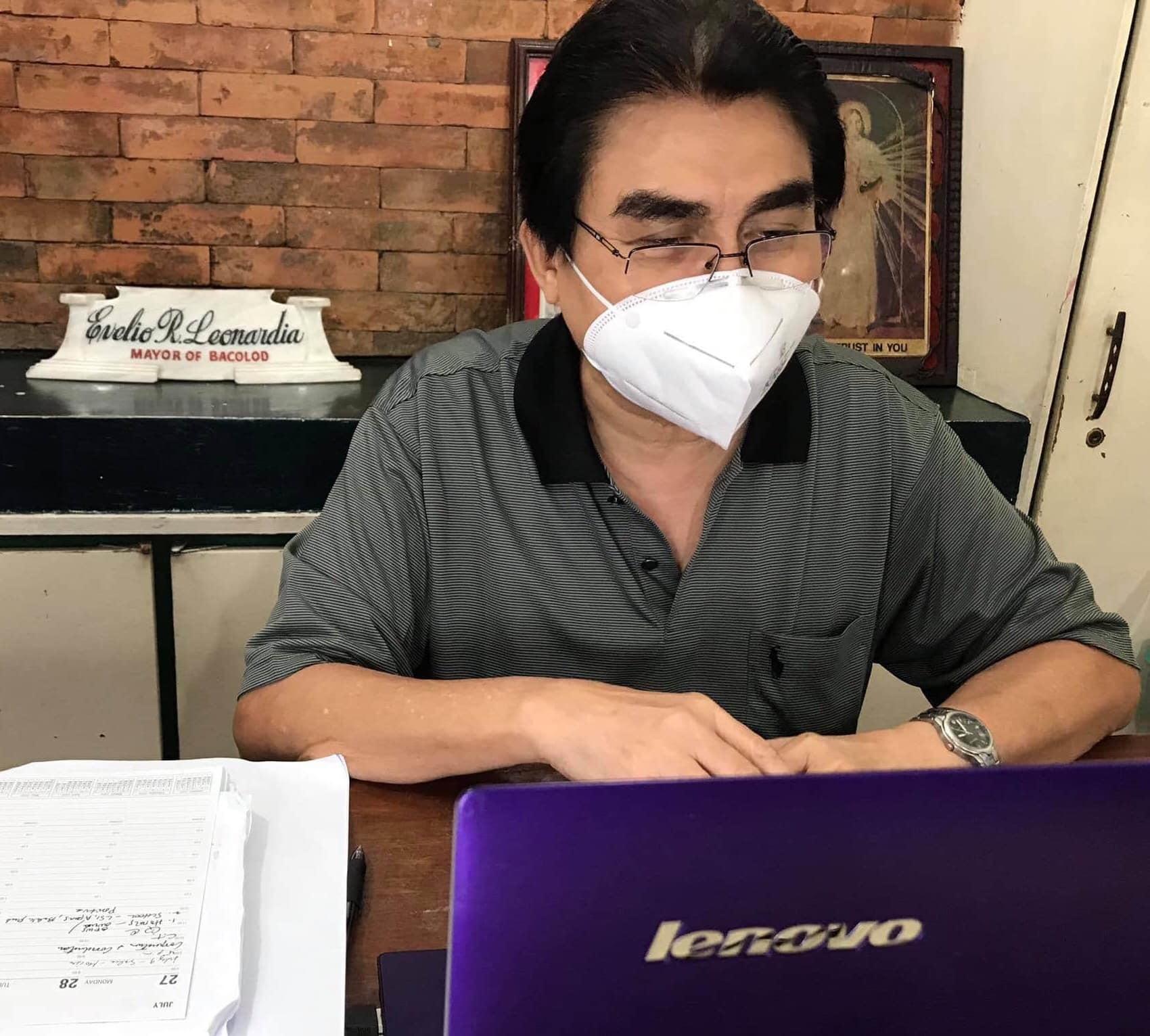 Mayor Evelio Leonardia is working for a stronger connection and coordination between the City government and all private and public hospitals in Bacolod to strengthen the fight against COVID-19.

“One major reason why I had to call for this meeting is to strengthen the coordination among us all to know what’s happening in the city,” Leonardia told the medical directors of various hospitals in a virtual meeting recently.

For one, Leonardia appealed to the medical directors for strict compliance with the mandated percentage of bed allocation for COVID patients.

The mayor said he spoke with Undersecretary Epimaco Densing III of the Department of the Interior and Local Government today who reminded him of DOH Circular 2020-016 which mandates hospitals to allocate 30% of their bed capacity for COVID purposes.

“We would like to appeal that this required bed capacity for COVID cases be made ready as soon as possible,” the mayor said.

For his part, Dr. Julius Drilon, medical center chief of Corazon Locsin Montelibano Memorial Regional Hospital (CLMMRH), said they have allocated 48 beds for COVID patients, which is 20% of their bed capacity, and will be adding 26 more beds by August 10.

“This is for us to get a good picture of what the real situation is on a timely basis, as far as this crisis is concerned,” Leonardia said.

For her part, City Administrator Em Ang said that the City is intensifying contact tracing and preparing more Temporary Treatment Monitoring Facilities (TTMF) and Quarantine Facilities (QF) in the city.

“We have already done a total of 6,578 tests in Bacolod according to Dr. Shirley Rodrigazo of the City Health Office,” she added.

Ang will manage the contact tracing system of the city, the mayor said.

To further improve the system, Leonardia sent eight officials and personnel to Iloilo City to attend a training seminar of the DOH regional office on contact tracing Wednesday [July 29] conducted by the IATF-designated contact tracing czar Benjie Magalong who is also mayor of Baguio City.

After attending this one-day seminar, the delegates shall, in turn, train the personnel of the Barangay Health Emergency Response Teams (BHERTs), PNP, DRRMO and other allied offices to refine their skills on contact tracing.

Leonardia also said that the contact tracing activities of the city will be closely coordinated with all hospitals concerned.

“We had already designated a certain section at the BAYS Center as our contact tracing headquarters where we will put up a TV screen, computers, and other equipment,” Leonardia added.

Dr. Rafael Jocson, medical director of The Doctors’ Hospital, announced that their RT-PCR Laboratory will start processing swab specimens on Monday [August 3] after having received its accreditation from the DOH.

“That is good news! It will help with the testing capacity we need,” Leonardia said.