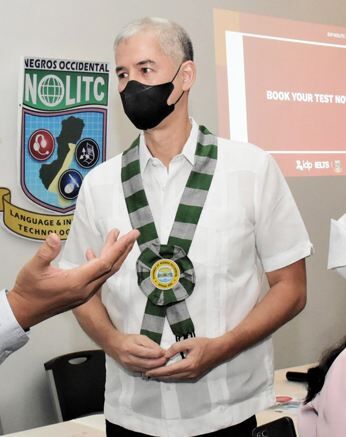 Bacolod City – Gov. Eugenio Jose Lacson supports the move of Association of Negros Producers (ANP) to reaching out to conflict areas in Negros Occidental by giving its residents opportunities to earn a living.

The “tikog” products of weavers in Sitio Madaja, Brgy. Buenavista, Himamaylan City, Negros Occidental, one of the few remaining hotbeds of insurgency in central Negros, are currently being showcased at the weeklong 36th Negros Trade Fair at Glorietta 2 Activity Center in Makati.

I think it is very important that ANP also considered to reach out to areas with conflict, Lacson said, noting that life is difficult for residents in insurgency affected communities.

But if you give opportunities, they can eventually be part of ANP and the trade fair. Imagine the transformation in their lives, he stressed.

The Army’s 303rd Infantry Brigade and 94th Infantry Battalion have linked up with ANP, now a member of PPOC, to help in providing livelihood opportunities to residents of a conflict stricken areas in Himamaylan City.

By encouraging them to craft new designs of tikog products, Nobleza said this will unlock new opportunities for the weavers to capacitate themselves in creating new products that would help alleviate their standard of living and give them public exposure to market their products further.

Reaching out to hard to reach areas of Negros Occidental, according to Lacson, is part of the ELCAC (Ending Local Communist Armed Conflict) program to create peace within a community.

Similar endeavors are also being implemented by ANP in other hinterland areas of Hinobaan. (Gilbert Bayoran via The Visayan Daily Star (TVDS), photo courtesy of TVDS)