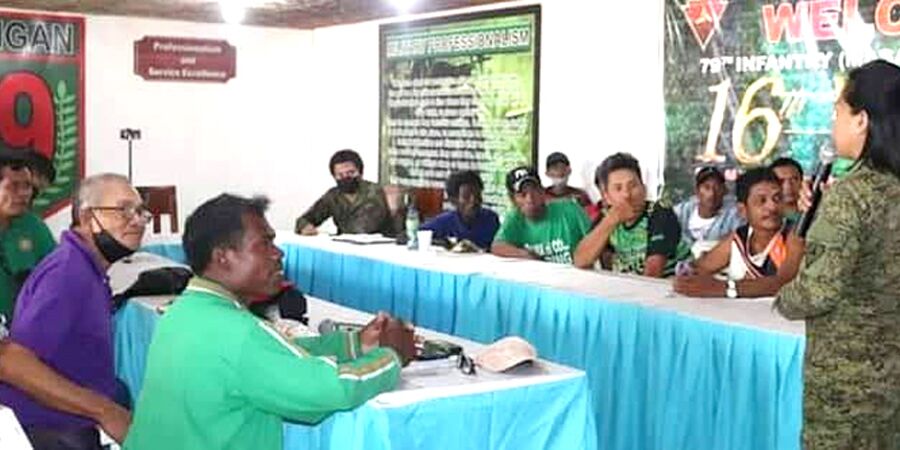 Bacolod City – The Army’s 79th Infantry Battalion has vowed to protect the IPs (Indigenous People) communities in northern Negros, who are continuously being exploited and recruited by the New People’s Army and its allied groups.

Lt. Col. J-Jay Javines, 79IB commander, met recently with leaders of various IP communities for a consultation dialogue in Brgy. Bato, Sagay City, that aimed to gather their issues and concerns, which will be raised to concerned government agencies.

Javines said that a brief lecture was also conducted to raise awareness and educate the IPs on the current recruitment schemes and status of the NPA operating in northern Negros.

He also assured them that the 79IB will always be in the forefront to secure them, and to protect their territories and ancestral domain, for future generations of IPs.

As part of our commitment to helping the government address the root cause of insurgency, we will bridge the gaps and resolve issues, by providing the right services needed by the IPs, especially in those geographically isolated and disadvantaged areas (GIDAS),” Javines added. (Gilbert Bayoran via The Visayan Daily Star (TVDS), photo courtesy of TVDS)