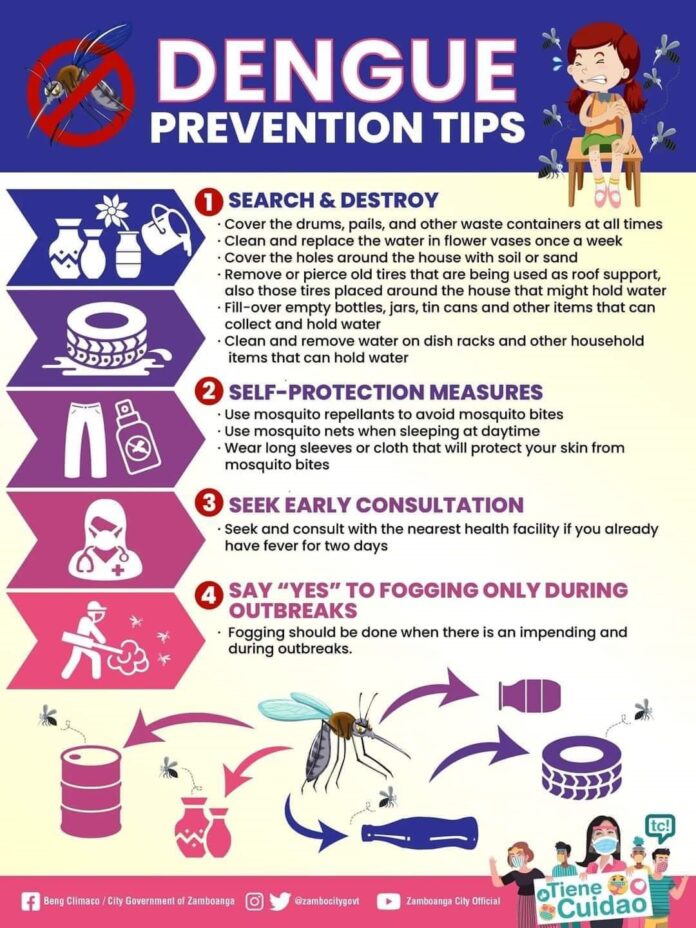 Zamboanga City has recorded a total of 2,026 dengue cases from January 1 to May 14, this year, of which 19 have died, according to the partial disease surveillance report for dengue cases of the City Health Office (CHO).

The Mindanao Central Sanitarium in Pasobolong reported the most number of cases with 468 (23%) followed by the Ciudad Medical Zamboanga and Zamboanga Peninsula Medical Center.