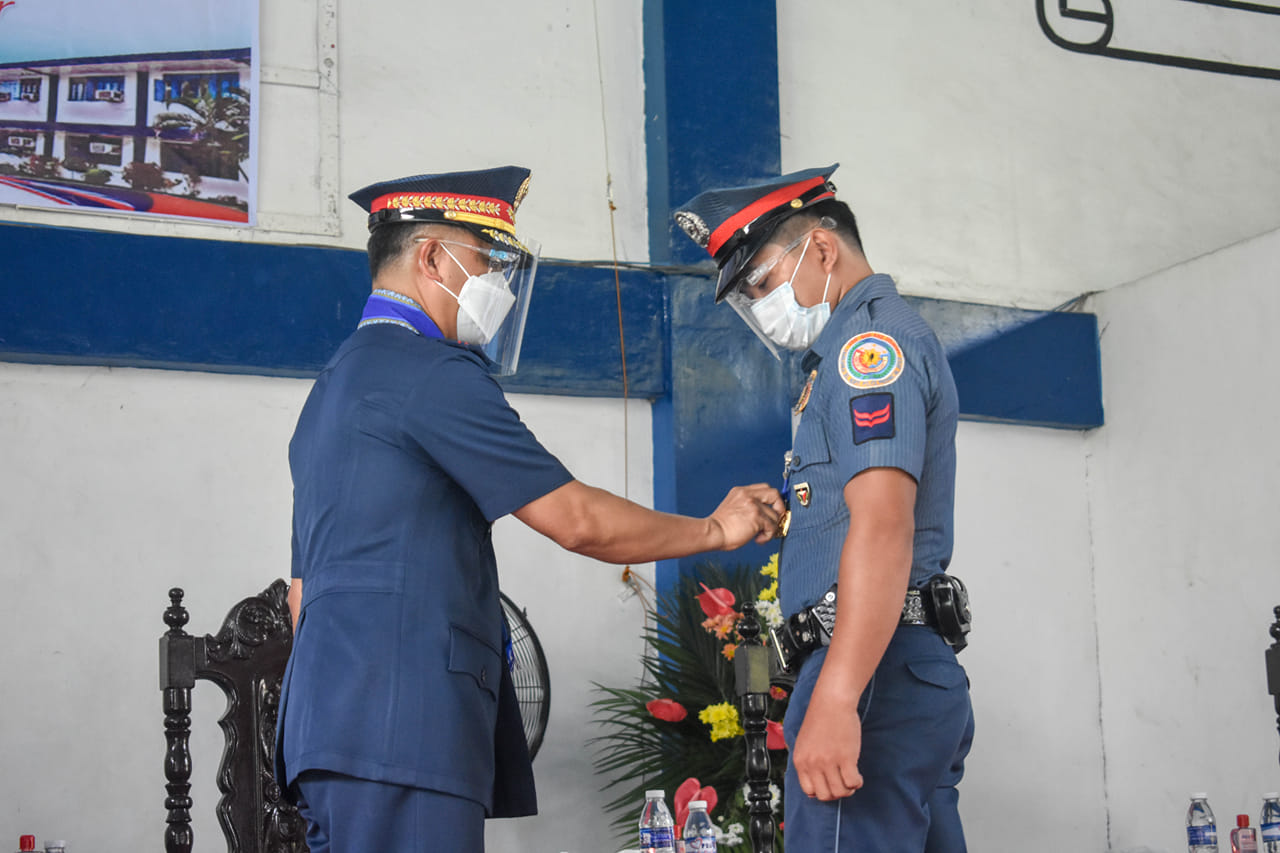 The celebration also highlighted with the giving of due recognition to the personnel of PRO9 for their exceptional performance of their duties and responsibilities and contribution towards maintaining peace and order in the region.

PSSg Rijay Tubo and PCpl Allen Roy Salomon of Zamboanga City Police Office, recognized for the conduct of anti-illegal drugs operation that resulted to the arrest of Nurhan Amirul Ismula and confiscation of suspected Shabu with estimated street value of ₱ 1,100,000.00 at, Barangay Arena Blanco, Zamboanga City on January 15, 2021.

P/Capt. Nursaibar Mahadi and P/SMS Dennis Dela Cruz of Kumalarang Municipal Police Station, cited for their exemplary performance and devotion to duty during the service of warrant of arrest that resulted to the neutralization of Jamaroddin Cahal, a remnant of Jay-R Palada Group of Sibugay Province and confiscation of one (1) unit of M1 Garand Rifle with four clips ammunition for the crime of Frustrated Murder at Barangay Boyugan West, Kumalarang, Zamboanga Del Sur.

PLTCOL. Muammar A. Mukarram and PLT. Rommel John Abbas of Regional Special Operation Group, recognized for their exemplary performance and devotion to duty during the service of warrant of arrest that resulted to the neutralization of Arrasid Adjing Halissan, DI/ASG sub leader for the violation of RA 9516 and confiscation of one (1) unit cal. 45 pistol with inserted magazine and possession of IED at Margarita Drive, San Roque, Zamboanga City on February 2, 2021.

The PNP celebrates every January 29 as founding anniversary in commemoration of the casing of colors of its forerunner organizations, the Philippine Constabulary and the Integrated National Police, and the official activation of the PNP on January 29, 1991.
(PRO9-Public Information Office)