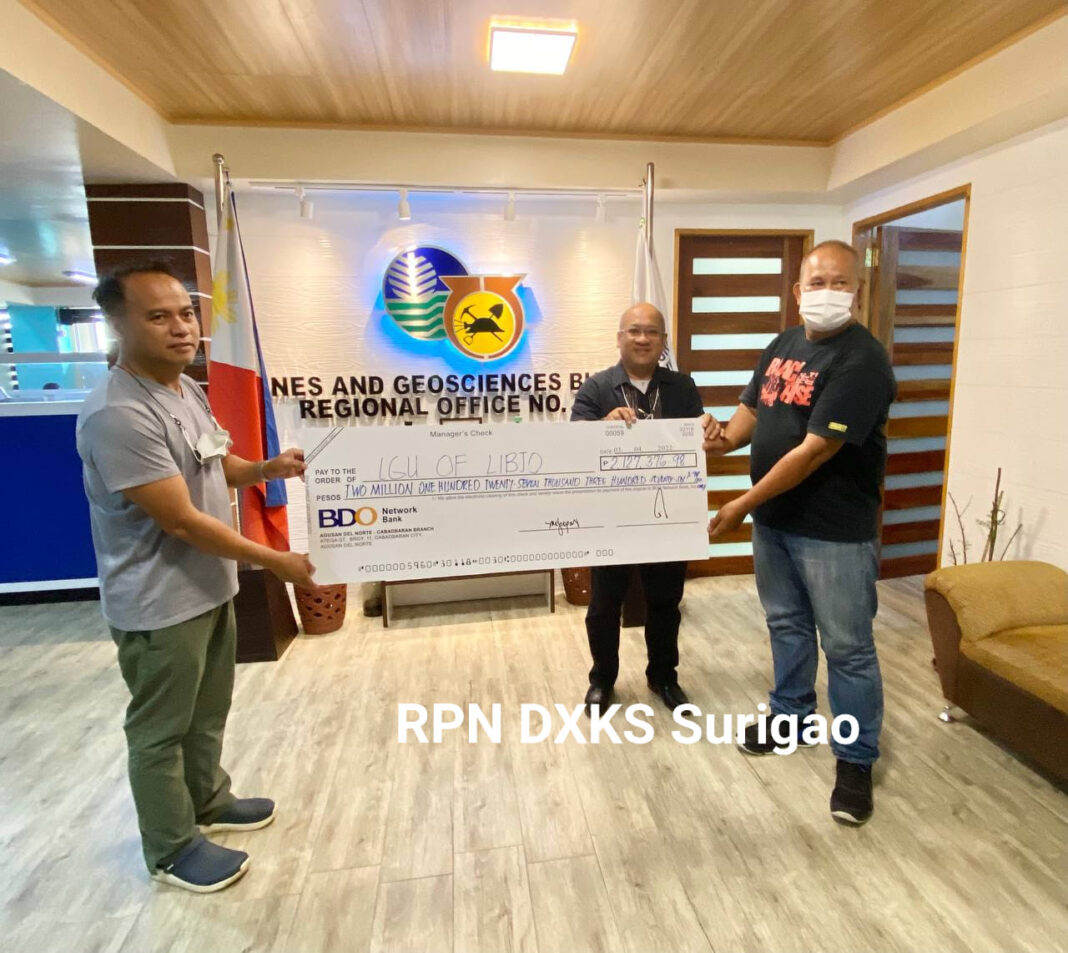 The SR Metals Incorporated represented by Ryan Anthony B. Culima issued manager’s checks to the Municipalities of Tubajon and Libjo, Province of Dinagat Islands as payment for the unpaid financial obligation of Wellex Mining Corporation.

All the financial obligations will be answered by SR Metals Inc. once the suspension of the previous mining operator in Libjo-Tubajon area will be lifted.

SRMI received Presidential Awards by former President Benigno Simeon Aquino III and President Rodrigo Roa Duterte and MGB is looking that other mining companies in Dinagat Islands will be enjoining.

Punong Barangay Almie M. Recla of Malinao, Tubajon expressed gratitude that SRMI is a blessing from God to her constituents. The SDMP worth 6 million pesos for her barangay will be realigned for the damaged houses they suffered by Super Typhoon Odette. (RPN DXKS Surigao News Team)