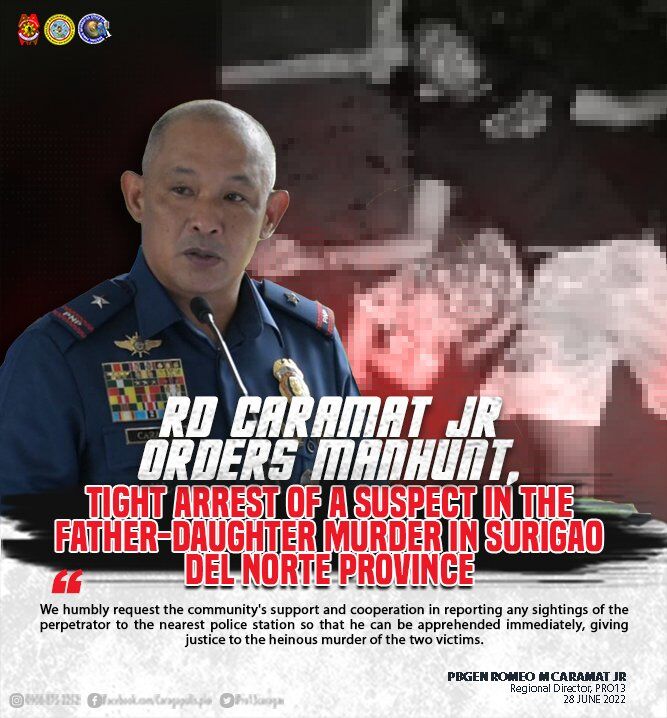 RD CARAMAT JR unveiled that the heinous crime that killed the 23-year-old Johnny Avila Sequira and his eight-month-old daughter was perpetrated by the older brother of the victim, identified as Fred Avila Sequira, 33.

Based on the report from Mainit Municipal Police Station (MPS) in Surigao del Norte, the suspect is believed to be mentally ill.

Mainit MPS disclosed that victim Johnny Sequira sustained a lacerated wound on his left cheek and left portion of his neck, while her daughter’s left palm was detached and her head was missing.

In addition, an investigation revealed that a witness saw the suspect running away from the victim’s residence, holding a bolo and bag, heading towards the mountainous area, prompted him to verify the victims’ residence and saw them lying lifeless on the floor of their kitchen.

“We humbly request the community’s support and cooperation in reporting any sightings of the perpetrator to the nearest police station so that he can be apprehended immediately, giving justice to the heinous murder of the two victims.” RD CARAMAT JR stated.