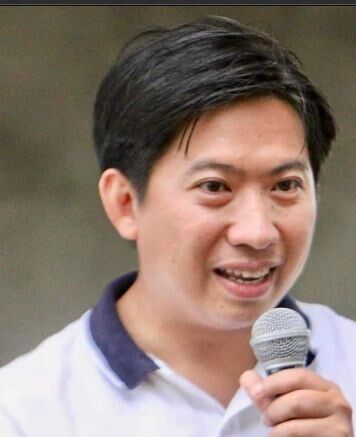 Bacolod City – Mayoralty candidate Carlo Ruiz in Mabinay, Negros Oriental, may have been ready to accept his defeat, but not his supporters, who tried to converge on June 28 at the town poblacion, to protest the installation of winning Mayor Ernie “Django” Uy.

The planned prayer rally however never took place as supporters of Ruiz claimed that they were intercepted by police at checkpoints, even confiscating some of their motorcycles as they were about to consolidate at the Mabinay poblacion.

While he has accepted his electoral defeat, Ruiz said they cannot turn their backs on the people who are asking where their votes went.

A day after the May 9 election, Ruiz said that the people went down from the hinterland barangays of Mabinay because they could not believe the results of the election.

Bonifacio Lagunero, a pastor of the Bible Apostolic Church, said that what happened in their town during the May 9 elections are “doubtful”.

Lagunero said claimed that supporters of Uy were prioritized in the voting, and complained of power interruptions while voting was still ongoing.

Based on what he observed during the conduct of the recent elections in Mabinay, Lagunero said he and many of the people of Mabinay town cannot accept the results of the elections, where Uy was declared the winning mayor.

“We sacrificed our security, time and our money today to go to stage this rally to protect our sacred right to vote as the results didn’t reflect the people’s voice,” Lagunero stressed, supported by loud cheers from the crowd.

As of June 28, he reported that they have gathered 26,060 signatures of Mabinay residents, to demand Comelec to listen their claims and demands of numerous glitches that had taken place during the elections.

“Nobody told us to organize this rally. Nobody paid us. I am a pastor. My credibility will be destroyed if the people will know that I am being paid. Nobody will follow me,” he stressed.

Rudy Mahistan of Brgy. Pantaw, Mabinay, also wants to know where vote went amid what he called massive cheating during the May 9 elections.

Mahistan claimed that the people of Mabinay do not want Uy to sit as mayor because he does not have the “true mandate of the people.”

Uy and other elected municipal officials in Mabinay took their oath of office on June 28, in the town.

Ruiz disclosed that some of the votes did not reflect, or jive with the final transmitted election returns.

He added that the signature campaign reflected names, precinct number and signatures, to ensure that those signatories are Mabinay residents.

Ruiz further said that they will use the signature campaign for a recall election, which his lawyers will file with the court.

At the same time, he also called on supporters of his Lucky 7 team to stay calm. Ruiz also issued an appeal to local authorities to respect the right of the people to peacefully assemble and air their demands.

Uy reportedly dismissed the allegations of the protesters, whom he claimed were misinformed.

“There was no fraud and people already expressed their choice,” he said.

The Comelec in Negros Oriental also denied any electoral fraud in the province.  (Gilbert Bayoran via The Visayan Daily Star, photo courtesy of crfb)