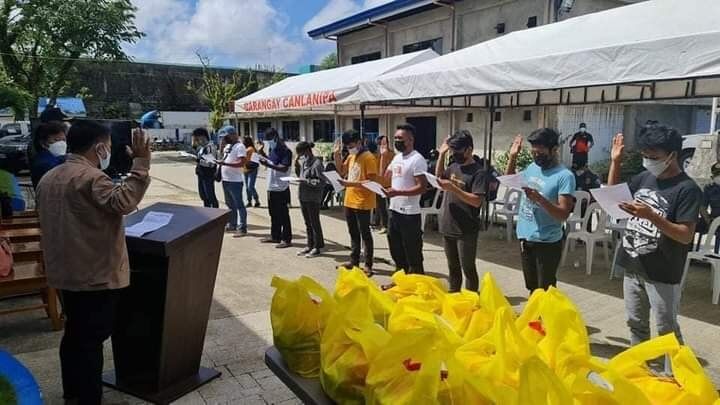 The FRs then burned the CPP-NPA-NDF flags to signify their strong statement against all the hideous and vicious acts committed by the terrorist groups against the state. This also manifests the abhorrence of the general public, who are victimized by their terroristic activities.

The FRs received food packs and sacks of rice, courtesy of Platinum Group Metals Corporation (PGMC). The AFP, DOLE, and TESDA delivered messages of support and discussed their plans and programs for the FRs.