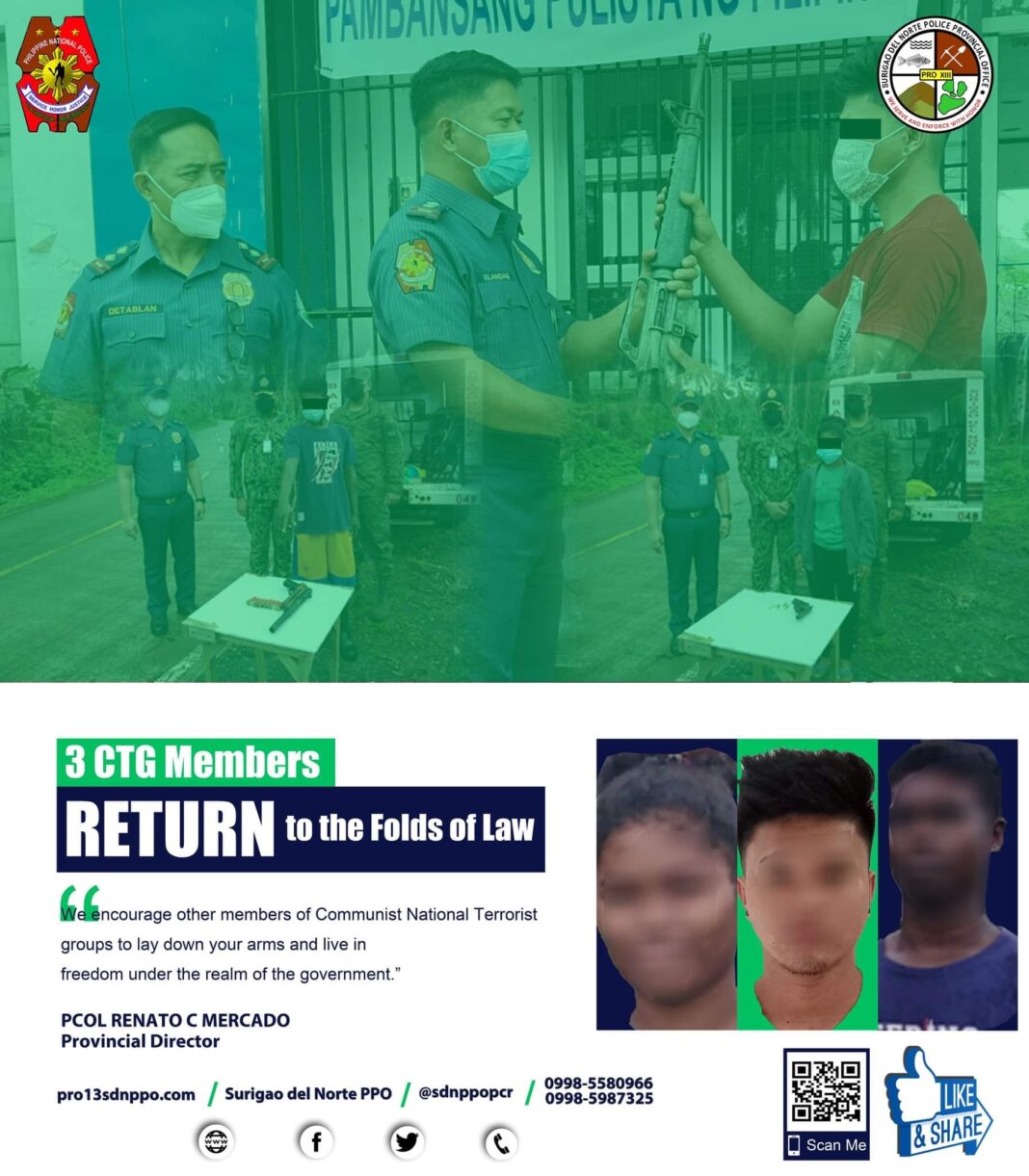 He was a member of the CTG under “Sandatahang Yunit Propaganda C1” Guerilla Front-16 NEMRC led by commander Roel Neniel alias “Jacob”, and a team leader of “Bakings” group Delta. The surrenderer also turned over one-unit M16 rifle with a defaced serial number inserted with one short magazine loaded of Nine (9) pieces of M16 ammunition.

Subject persons and surrendered firearms are now in the custody of the respective MPS for proper disposition, custodial debriefing, and processing for possible enrollment in the Enhanced Comprehensive Local Integration Program (E-CLIP).

“We encourage other members of Communist National Terrorist groups to lay down your arms and live in freedom under the realm of the government,” PD Mercado concluded.