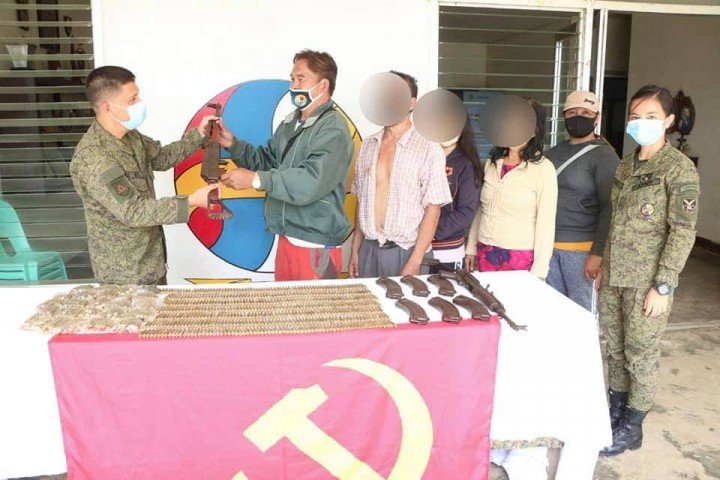 According to him, he joined the communist armed movement on July 2019, and since then, lost contact with his family, who is living in Monkayo.

After a year of hardships and realizing that he was deceived by wrong ideologies, Dondon decided to contact Barangay Captain Bobby Gogo of Olaycon, Monkayo, who helped him connect with his family.

He recalled that he was begged by his daughter and his wife to surrender to the authorities after longing for his presence for being away to them for a year.

“Alias Dondon made the right decision in surrendering to this unit. There is nothing more important than reuniting with your loved ones and live a normal and peaceful life again. This unit always welcomes rebels who finally decided to bring back their trust to the government.” LTC Muti said.

With his surrender, Dondon informed the troops on the location of two AK47 rifles with six long magazines and around 1,000 rounds of cartridge of 7.62mm.

As a surrenderee, Dondon will be enrolled to the Enhanced Comprehensive Local Integration Program (ECLIP) and other assistance from the Oplan Pagbabago Provincial Task Force to End Local Communist Armed Conflict (Oplan Pagbabago PTF-ELCAC). (PIA11, Michael Uy with reports from 25th Infantry Battalion)