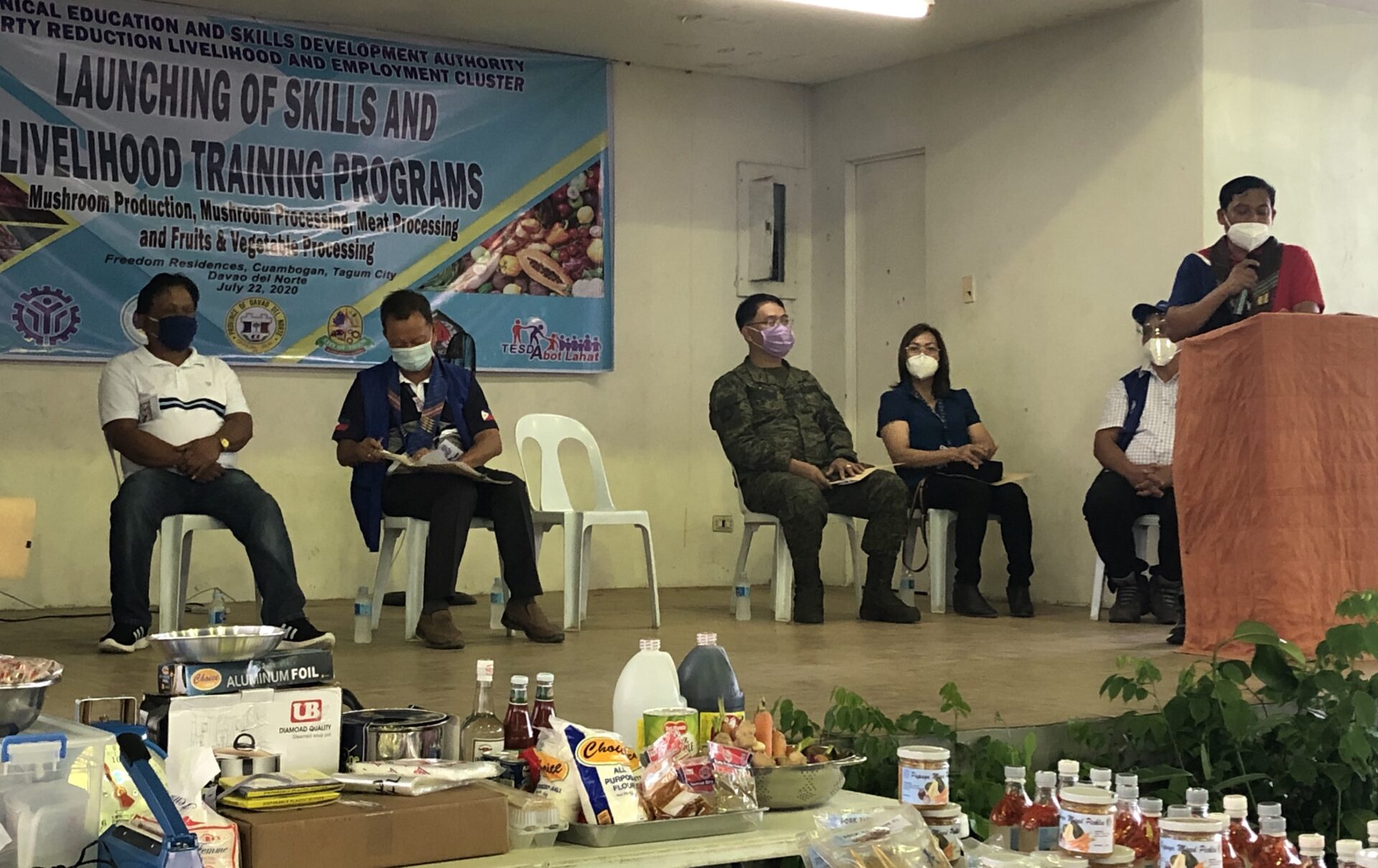 Davao del Norte – Gov. Edwin I Jubahib has renewed calls for rebels to “step down” from the mountains and surrender since the government now prioritizes giving livelihood assistance to communities of Former Rebels (FR), Indigenous Peoples (IP), and Geographically Isolated and Disadvantaged Areas (GIDA).

Citing a previous statement of a former rebel, Gov. Jubahib added that there is no longer a need for the rebels to keep fighting against the government.

The Governor assured that the government will not neglect any rebel who returns because the government is now prioritizing giving livelihood assistance to the marginalized people.

On top of the training and livelihood programs, the governor promised them a monthly income of no less than ₱ 3,000 when he launches his livestock multiplier program.

Speaking in behalf of the former rebel beneficiaries, Gemma Quiroga, a former rebel herself, expressed gratitude of the government’s help.

She also encouraged those who have yet to surrender to come down in order to be united as Filipinos.

On July 22, mushroom livelihood training programs such as mushroom production, mushroom processing, and meat processing were conducted by the Davao del Norte field offices of Technical Education and Skills Development Authority (TESDA) and the Department of Trade and Industry (DTI) as well as fruits and vegetable processing.

TESDA Secretary Isidro Lapena attended the start of the training program with Governor Jubahib and Mayor Allan Rellon represented by Rogeneth Pagdilao Llanos of the City Employment Education  and Skills Development Office among other government and military officials.

During the rites, TESDA Davao del Norte Provincial Director Arlyn Bandong explained that this TESDA training on mushroom production and mushroom-meat-vegetable processing “is a commitment of the government to provide alternative and additional source of income”.

In addition, Secretary Lapena said TESDA can bring in more training programs for residents of Freedom Residences such as masonry, carpentry, wielding and others they want to learn to start a livelihood or find employment. (PIA XI Jan Vincent Leuterio with Jeanevive D. Abangan)

In Addition To Improving Bed Capacity Among Department Of Health (DOH) Hospitals, The Senate Bill 1226