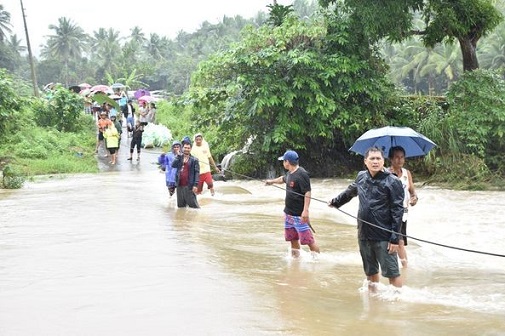 Through the colaborative efforts of the City Mayor’s Office, Office of the City Administrator, OCSWD Iriga City, Iriga City DRRMO, and the Sangguniang Panlungsod of Iriga City led by Vice Mayor Edsel Serrano Dimaiwat, 144 families that were isolated due to the effects of the present inclement weather condition were given humanitarian relief assistance. Food packs from DSWD were distributed to all affected families.

To ensure the safety of all Irigueños, everyone is advised to be prepared and to remain vigilant. (Jv Navarro Verdeflor Jr., photo credits to the owner)