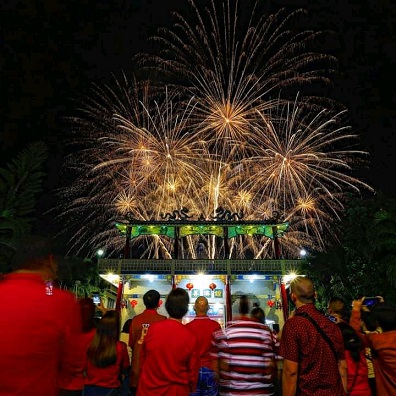 The City Government of Cagayan de Oro with City Mayor Rolando “Klarex” Uy and the Filipino-Chinese community welcomes the Chinese New Year with colorful fireworks display at the Bell Church midnight of January 22, 2023.

In the Chinese culture, the lighting of fireworks and firecrackers is a way to drive away evil spirits of the past year and celebrate the coming of the New Year.

Meanwhile, the Filipino-Chinese community took pride in allowing Mayor Klarex to lead the burning of incense sticks at the Bell Church, he, being a Chinese by blood. It is believed that the first to make an offering to the gods by burning incense sticks will receive the biggest of blessings.