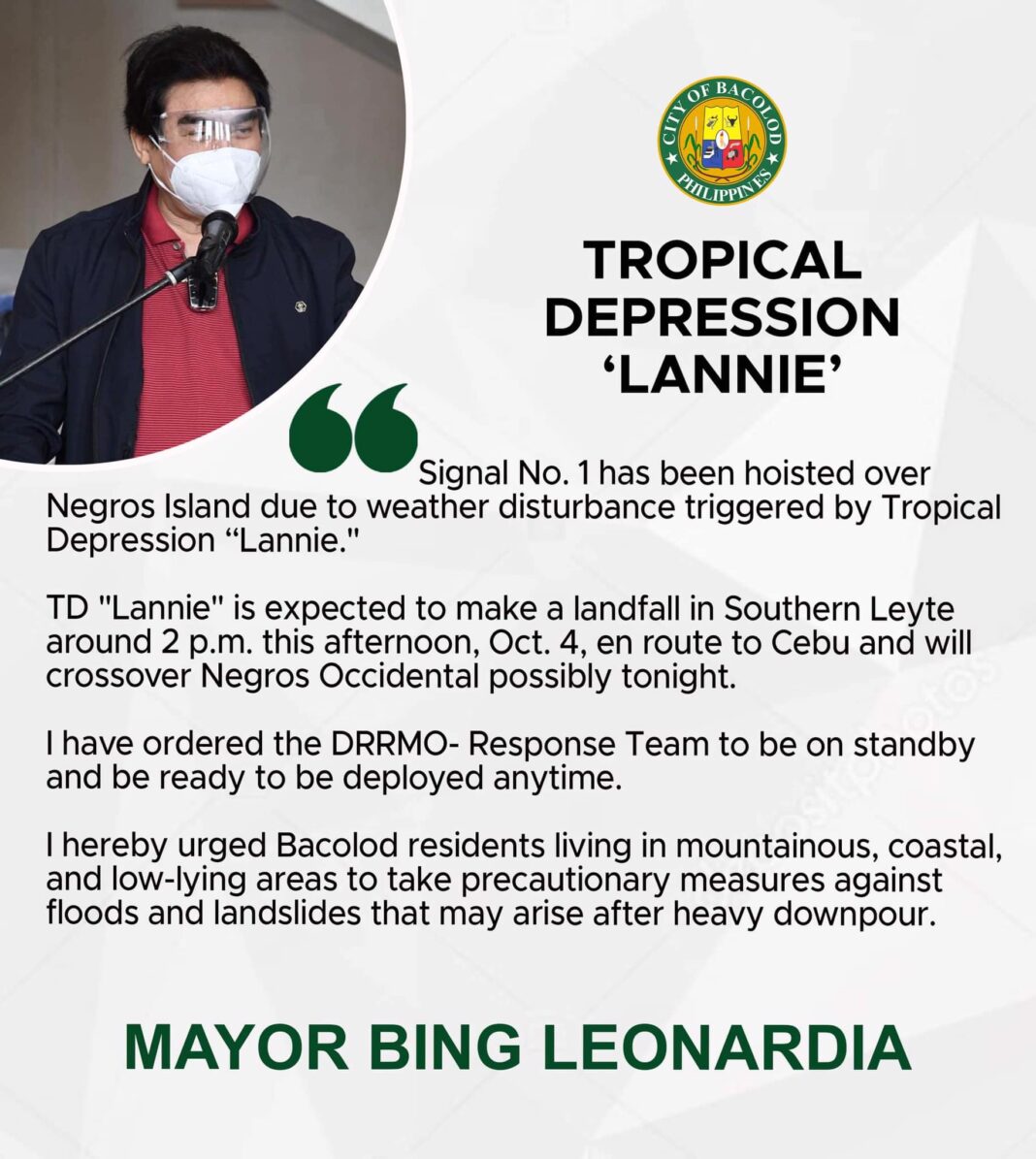 This, after the Philippine Atmospheric, Geophysical and Astronomical Services Administration (PAGASA) placed the province under Signal No. 1, as cited in the PCG advisory.

The Coast Guard also prohibited all fishing vessels plying in the area of responsibility to venture at sea.

Meanwhile, the provincial government on Monday has placed all disaster operations center on red alert due to the tropical depression.

Governor Eugenio Jose Lacson has advised them to heighten their preparedness, and initiate pro-active measures for possible flooding, flashflood, or landslides.

On the other hand, the Army’s 303rd Infantry Brigade (IBde) is ready to deploy its personnel trained for disaster response operations amid heavy rains brought about by the tropical depression.

Brigadier General Inocencio Pasaporte, 303rd IBde commander, said he has alerted Humanitarian Assistance and Disaster Response (HADR) teams from the brigade, 62nd Infantry Battalion (IB), and 79th IB composed of regular soldiers to be deployed in the first to fifth districts of the province and first district of Negros Oriental. They will be augmented by reservists and auxiliary units ready reserve forces.

“We are always ready and alert both in times of natural calamities and man-made disasters since the lives and safety of the people are of paramount importance,” Pasaporte said.
(Glazyl Masculino via The Daily Guardian (TDG), photo courtesy of TDG)

Baguio: City To Prevent The Spread Of HIV