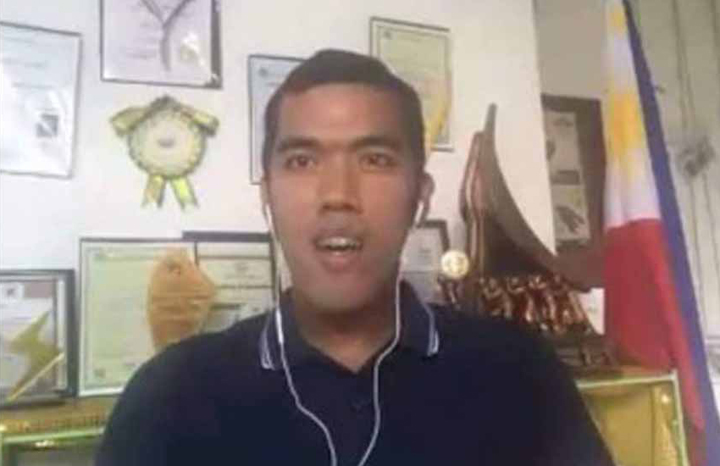 LAOAG CITY—A 29-year-old farmer in Barangay Sulbec, Pasuquin, Ilocos Norte is eyeing to develop his own brand of nutrifeeds, an organic and chemical-free produced pellet feeds, using locally available plant materials to promote health and wellness for his farm animals.

With an initial start-up capital of P50,000 to buy a pelletizer machine, Crisner Lagazo, an organic farming advocate and accredited farmer-trainor at the Crisner Integrated Organic Farm and School for Practical Agriculture, thought of creating his own formula of nutritious feeds for his farm animals such as goats, cows, native hogs, and free-range chicken.

The amount came from winning the provincial search for Kabataang Agribiz competitive grant assistance program courtesy of the Department of Agriculture (DA).

Lagazo said the high cost of commercial feeds in the market and the lack of organic-based feeds for livestock and poultry production prompted him to innovate his own feedstuff.

According to Lagazo, it has been his long-time dream to acquire more farm machinery to make his work at the farm easier and fun. His wish was granted when DA awarded him the amount, which he immediately used to buy a pelletizer machine.

In preparation for the arrival of the machine, Lagazo said he is now preparing a portion of his farm to be planted with green leafy vegetables as well as herbs for his feed formula.

This is to ensure that his farm animals eat nutritious feed and would be safe for human consumption.

As a farmer-entrepreneur, Lagazo said, “it is important that you know how to produce your own feeds” and not just rely on commercial ones, which are getting expensive each day.

“You are what you eat. So, when you know the source of what you are consuming, it makes you healthier and happier,” he said.

To further motivate, inspire, and capacitate young Filipinos to venture into agriculture and fisheries, the DA recently launched the Young Farmers Challenge Fund, a financial grant assistance program for the youth who will engage in agri-fishery based enterprises.

This is also one of the efforts of the agriculture department to ensure food security amid the challenges of climate change and an aging population of farmers and fisherfolk.

Lagazo, who is a teacher by profession, saw this as an opportunity and a calling when he decided to leave the school classroom and established his own school for practical agriculture, accredited by the Agriculture Training Institute and the Technical Education and Skills Development Authority.

After winning at the provincial level, he is set to represent the province in the regional competition.

There will be 1,300 provincial winners nationwide, three winners per region for the regional level, and six winners for the national level with a total budget of P74 million. PNA