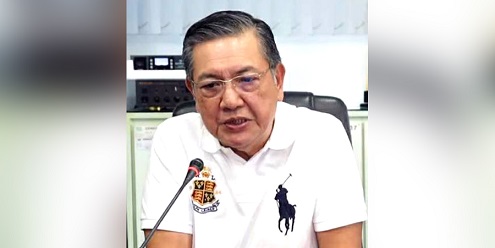 Bacolod City – The administrator of the National Electrification Administration (NEA) appealed to consumer groups in Negros Occidental not to sow fear and intrigue among member-consumers of Central Negros Electric Cooperative (Ceneco).

NEA administrator Antonio Mariano was reacting to the call of the convenors of Save and Protect the Ceneco Consumers (SPCC) for NEA to declare Ceneco an ailing cooperative.

“I appeal to consumers groups to practice doing things with circumspect because we might just be sowing unnecessary fear and intrigue among the member-consumers,” Mariano said during a press conference at Ceneco, Thursday, after the installation of Arnel Lapore as acting general manager of the power utility firm.

Mariano said he believes that the prevailing generation rates of P10/kWh is within the accepted price rate in the market.

SPCC convenor Wennie Sancho, earlier, said the SPCC is the culmination of their struggle against unfair electricity rates which are excessive.

“These skyrocketing increases in our monthly electric bills had a significant impact on our household economy.  Ceneco as a distribution utility miserably failed to protect the consumers from exorbitant power rates,” he said.

Sancho said the dismal failure of Ceneco to provide affordable, reliable and efficient power for the consumers are indicators that it was remiss in its duty to advance the welfare of the consumers. There are no concrete measures until now, taken by Ceneco to appease the sentiments of the consumers by reducing the cost of electricity and in improving their inefficient services.

He also said that based on reports received by the Online Complaint Desk launched by the city government, about 69.3 percent of the complaints were on the high cost of electricity, Ceneco’s unscheduled brownouts, and the rise of day-long brownouts and sudden power interruptions. (Chrysee Semillano via The Visayan Daily Star (TVDS), photo courtesy of TVDS)