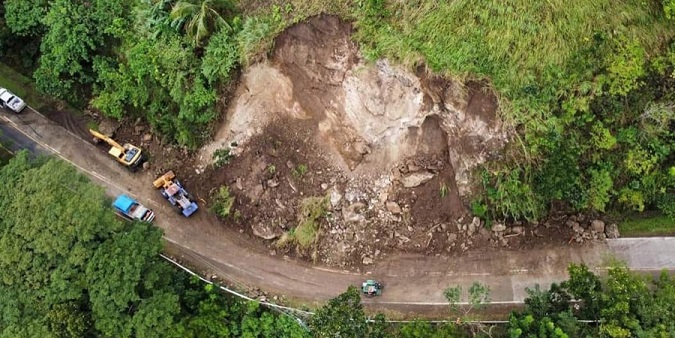 Bacolod City – The number of Negrense families affected by the continued effects of a low pressure area (LPA) and shear line that triggered heavy rains across Negros island, rose to 3,526 over-the-weekend.

In her report to Gov. Eugenio Jose Lacson, Provincial Social Welfare and Development Officer Merle Garcia disclosed that of the affected families, 337 of them were displaced, are either staying inside or outside of evacuation centers.

The affected families are composed of 12,016 individuals.

Garcia also disclosed that evacuations were carried out in 37 barangays of the cities of Sagay, Cadiz, Talisay and Bago.

Two rockslide incidents were reported along the eco-tourism highway in Brgy. Rizal, San Carlos City on January 12 and 13, respectively, although no one was reported hurt. Authorities immediately conducted road clearing operations to remove the debris blocking the highway.

As a result of twin rockslide incidents, the San Carlos City Disaster Risk Reduction Management Office issued an advisory cautioning motorists to be vigilant when passing the eco-tourism highway.