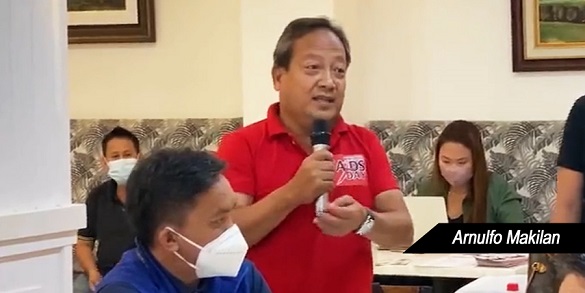 The Provincial Health Office recorded 172 HIV cases in Negros Occidental and 101 for highly-urbanized Bacolod City, from January to September this year, figures that were described by its head, Dr. Ernell Tumimbang, as alarming.

Tumimbang said that their awareness campaign against HIV could have led to the increasing number of cases, after affected individuals submitted themselves for testing.

Arnulfo Makilan, executive director Banaag LGBT Inc., an HIV and AIDS advocate in Bacolod City, however, noted those who tested positive were later nowhere to be found.

HIV (human immunodeficiency virus) is a virus that attacks the body’s immune system. If it is not treated, it can lead to AIDS (acquired immunodeficiency syndrome), which is a chronic, potentially life-threatening condition.

Josephine Nonato, Provincial HIV Coordinator, said their report showed that 150 of the 172 HIV cases were transmitted through sexual intercourse.

PHO records further sowed those 115 cases were transmitted through males having sex with males.

The report added that 50 percent of HIV cases are in the age group between 24 to 35 years old.

Makilan said their HIV AIDs awareness campaign does not only focus on LGBT, but also on Senior High School students.

Since 1986 to September this year, PHO records showed that Negros Occidental had 1,176 cases, ranking the province third in terms of having most cases in the region, trailing behind Iloilo province at 1,410 and 1,211 in Iloilo City.

Bacolod City, on the other hand, has 924 HIV cases.

PHO has also 12 social hygiene clinics in 12 component cities of the province, with Local AIDS Council for activation in Victorias and Silay City Health Offices as well as in Pulupandan, aside from the Escalante CHO and Murcia Municipal Health Office that have already been activated. (Gilbert Bayoran via The Visayan Daily Star (TVDS), photo courtesy of TVDS)