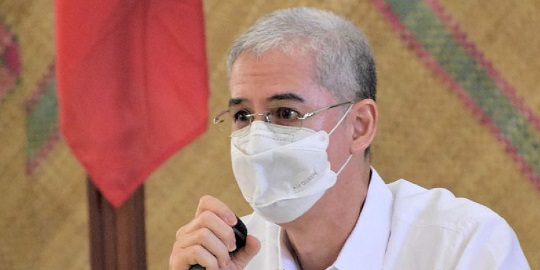 Bacolod City – Negros Occidental Gov. Eugenio Jose Lacson said he was elated by the approval of the Negros Island Region (NIR) bill at the level of the Local Government committee at the House of Representatives.

While described as a preliminary step, Lacson however anticipates difficulties when it will be elevated to the House committee on Appropriations, which will tackle funding for the proposed new region.

But the thing is, it is moving towards the direction of creating one region NIR, he added.

Rep. Mercedes Alvarez (6th District, Negros Occ.), earlier disclosed that the initial budget for the different regional offices will come from the concerned government agencies, which was the practice before, when NIR became operational.

As stipulated in the proposed bill, the Negros Island region will be composed of provinces, cities, municipalities and barangays in Negros Oriental, Negros Occidental and the island province of Siquijor.

Siquijor’s inclusion is logical and practical due to its proximity and cultural similarities to Negros Island, the authors of the bill said.

At present, Negros Occidental province and its capital Bacolod City are under Western Visayas or Region 6, while Negros Oriental and Siquijor provinces are part of Region 7.

“We assure our Negrense brothers and sisters that this Committee will continue to fully support this measure until its final approval in the House,” Rep. Rex Gatchalian, head of the Local Government Committee, said.

“The business sector has issued a strong manifestation for the legislation of the NIR, not just as a measure to provide a sense of permanency, but also to ensure the continued development of the NIR,” Alvarez added.

In 2017, then President Rodrigo Duterte dissolved the NIR, which was created through an executive order issued by his predecessor, the late President Benigno Aquino III.

Negros Oriental Gov. Roel Degamo has expressed his opposition to the NIR creation, citing cultural differences of his province and Negros Occidental.

Lacson, who is planning to have a meeting with Degamo, said he is hoping that the Negros Oriental governor will agree to it. (Gilbert Bayoran via The Visayan Daily Star (TVDS), photo courtesy of TVDS)