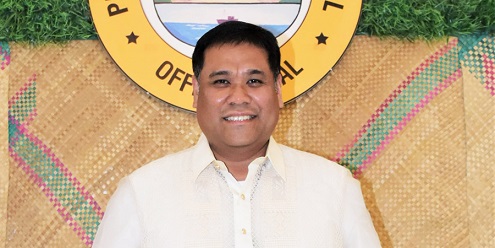 Bacolod City – Expressing his concerns that issuance of an executive order to create Negros Island Region (NIR) may also lead to dissolution, Negros Occidental Vice Gov. Jeffrey Ferrer said that he prefers to wait for its approval by Congress.

Business leaders in Negros Island have issued an appeal for President Ferdinand Marcos Jr. to issue an executive order that creates NIR, ahead of its passage into law, which is also supported by Rep. Mercedes Alvarez (6th district, Negros Occidental).

In 2017, then President Rodrigo Duterte dissolved NIR, which was created through an executive order issued by his predecessor, the late President Benigno Aquino III.

Why not wait for the law instead, so that we can consolidate everything, Ferrer said, when asked for his comment on the matter.

Ferrer, the personal adviser of President Marcos Jr. in Western Visayas, also raised the possibility that the issuance of an EO and putting up of sub regional centers in Negros, may further delay the passage of NIR bill.

Alvarez, on the other hand, said the issuance of an EO creating NIR is the prerogative of the President.

“But that would be a big help to influence the passage of the law,” the solon said, adding that it might also show that President Marcos Jr. is supporting the NIR bill.

Negros Oriental Gov. Roel Degamo, has expressed his opposition to the proposed NIR bill, citing cultural differences, among others.

However, as of this time, Alvarez said that the House Local Government committee that approved the proposed NIR bill has not received any communication from Degamo, formalizing his opposition to the bill.

The proposed NIR bill is now up for deliberations by the House committee on Appropriations.

While he respects the decision of Gov. Degamo to oppose NIR creation, Ferrer hinted that local politics may have influenced his stand.

Last year, the Comelec annulled the proclamation of Henry Teves, brother of Arnie, as governor of Negros Oriental, and proclaimed Degamo the winner of the gubernatorial race.

In the two-year existence of the NIR, before it was dissolved by former President Rodrigo Duterte in 2017, Ferrer said that Gov. Degamo had been supportive to it.

If you look at it, Degamo is minority, Ferrer said, stressing that all Negros Oriental solons and majority of the mayors are supporting NIR. All the Negros Occidental solons, as well as governor of Siquijor and its congressman also support the bill. (Gilbert Bayoran via The Visayan Daily Star (TVDS), photo courtesy of TVDS)