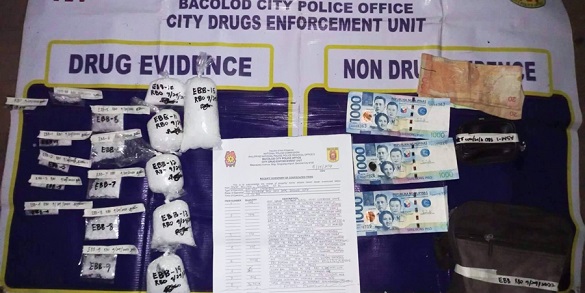 PCapt. Judesses Catalogo, spokesperson of the Negros Occidental Police Provincial Office, said that they no longer functioning as a group, with remnants operating individually.

Catalogo, however said the monitoring and operations against the groups’ remnants are still being conducted without any let up.

He added that the accomplishments were achieved in tandem with other law enforcement agencies of the government.

Starting this year, Catalogo said that they will also focus in the drug rehabilitation and education campaign, in close coordination with other national government agencies, such as the Departments of Health, Education, Social Welfare and Development and Interior and Local Government, among others.

The municipalities of Pulupandan and Moises Padilla, as well as Sipalay City, have been considered by the police as drug-cleared local government units in the province.

As of December last year, the Philippine Drug Enforcement Agency reported that up to 89.2 percent of the 4,051 barangays in Western Visayas have been cleared of illegal drugs, as per validation by the Regional Oversight Committee Deliberation Board, which is composed of the DILG, DOH, DILG and PNP, aside from PDEA.