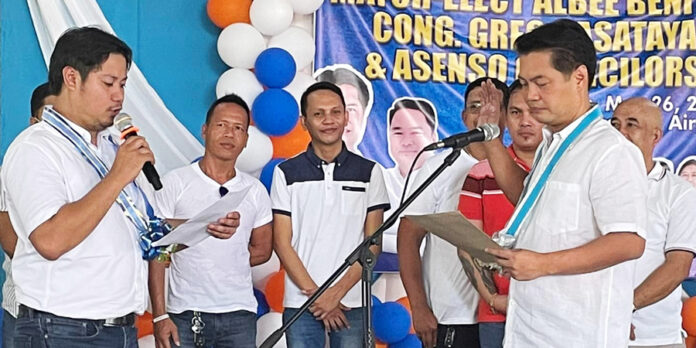 Bacolod City – Mayor-elect Alfredo “Albee” Benitez said that he created a “Truth Commission” to review and audit all previous transactions at the City Hall, as demanded by the public, in the “spirit of transparency.”

By creating it, Benitez, who took his oath office yesterday before Singcang Airport barangay chairman Rosenie Distrito, said “we will know our starting point.”

He said it will be composed of several teams to make an audit of the City Hall.

Outgoing Mayor Evelio Leonardia has maintained that his administration is transparent.

Leonardia, who filed an election protest before the Commission on Election, claiming there was massive vote buying and that “fake” voters were allowed to cast their votes during the May 9 polls, resulting in the “mysterious and unbelievable” outcome.

The mayor sought a manual recount of all 450 clustered precincts, asked the poll body to declare a “failure of elections” and conduct special polls in Bacolod City.

Benitez, who debunked such claims, called on Leonardia to “move on.”

“The election is finished. There is much work to be done,” he stressed.

While other Team Asenso members failed to make it because they are out-of-town, Benitez said the formal oath taking activity will be held at the end of June, to be attended by provincial officials of Negros Occidental, supporters and other stakeholders.

He also said that they decided to hold their symbolic oathtaking in Brgy. Singcang Airport in Bacolod City, because this is the area where they established a wide margin of votes against their opponents. (Gilbert Bayoran via tvds photo by tvds)