Bacolod: After Odette, climate adaptation is our only option 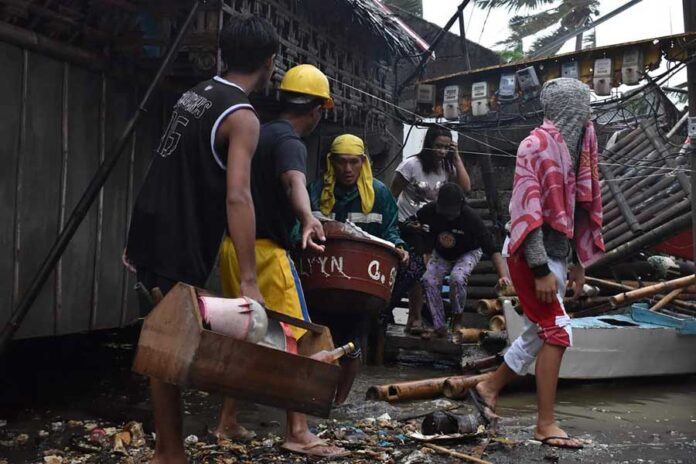 Iloilo City – Typhoon Odette struck islands in Visayas and Mindanao on December 17 and 18, 2021, bringing utter devastation to not just one or two provinces, but to entire regions.

Odette displaced thousands of residents in vulnerable areas, claimed more than 300 lives, and damaged billions of pesos in crops, livestock, and infrastructure.

Among the hardest hit areas were the southern portions of Negros Island and Iloilo province.

“Just as 2021 is about to close, the country is once again scrambling to provide aid to towns and provinces that have been ravaged by a typhoon. Once again, we are left in a reactive stance rushing to the rescue after the catastrophe. The images of towns devastated by Odette (International name: Rai) in Siargao and Dinagat islands, Central Visayas, and all the way to Palawan are like recurring nightmares afflicting our national psyche.

“After Typhoons Rolly and Ulysses in 2020, Ompong in 2018, Lando in 2015, and Yolanda in 2013, the Philippine government should have learned one important lesson by now: climate change means no longer wondering if a stronger storm will hit the Philippines in the future, but when and where it will hit,” Ibay added.

“Preparing ahead of destructive typhoons requires long-term vision, commitment, and investment as the next super typhoon can come in 2 or 3 years or it could come next month. There is no way to know when it will happen, making it even more urgent to prepare while the weather is clear. Resources, financial or otherwise, have to be allocated in preparing towns, provinces, and islands from becoming the next disaster,” Custodio said.

“WWF-Philippines has projects in some of typhoon Odette’s hardest hit areas and we have launched Oplan Pandamayan to help in the relief efforts. However, we emphasize the need to extricate our country from an endless cycle of relief efforts which are short-term measures against a climate that is changing in the long-term. Our call is for adaptive measures to be urgently implemented so concrete and permanent solutions can protect Filipinos moving forward.”

WWF-Philippines called for a clear and comprehensive government plan of action to adapt to the changing climate.

With the country’s National Adaptation Plan yet to be finalised, this plan of action should include the following points:

Make “build back better” a reality through stronger climate-resilient infrastructure. Houses, evacuation centers, schools, bridges, power lines, and other basic infrastructure should be built to standards that can withstand typhoons so that people are protected from the impacts of storms. Lives can be saved with appropriate storm shelters that can supply the people with their needs during the strongest typhoons.

Comprehensive urban and environmental planning. Rebuilding towns flattened by Odette has to be done with a lot of thought and planning so that areas with high risks of strong winds, waves can be avoided. The development of cities and towns must take into consideration the extreme weather which can include typhoons or even drought.

Prioritize nature-based solutions. Forests are effective in cushioning strong winds while mangroves at the coasts are highly effective at dampening strong waves. If these natural barriers are destroyed for short-term profit, it reduces the long-term protection of the people. A nationwide rehabilitation and reforestation effort needs to be implemented in areas where tree cover has been severely degraded.

“At this point in the climate crisis, we are past the need to praise the resilience of Filipinos. We should also be past the point of hoping for a better future where strong storms will not hit the country. The ultimate lesson is an old one but one that is commonly taken for granted: prevention is better than cure. And to prevent death, disaster and destruction in the future, we must plan, fund, and implement effective adaptive measures and policies across the country now. We, as a people and as a country, deserve a better future. Let’s change the ending,” WWF said. (News by WWF-Negros Public Information Office, photo courtesy of TDG)