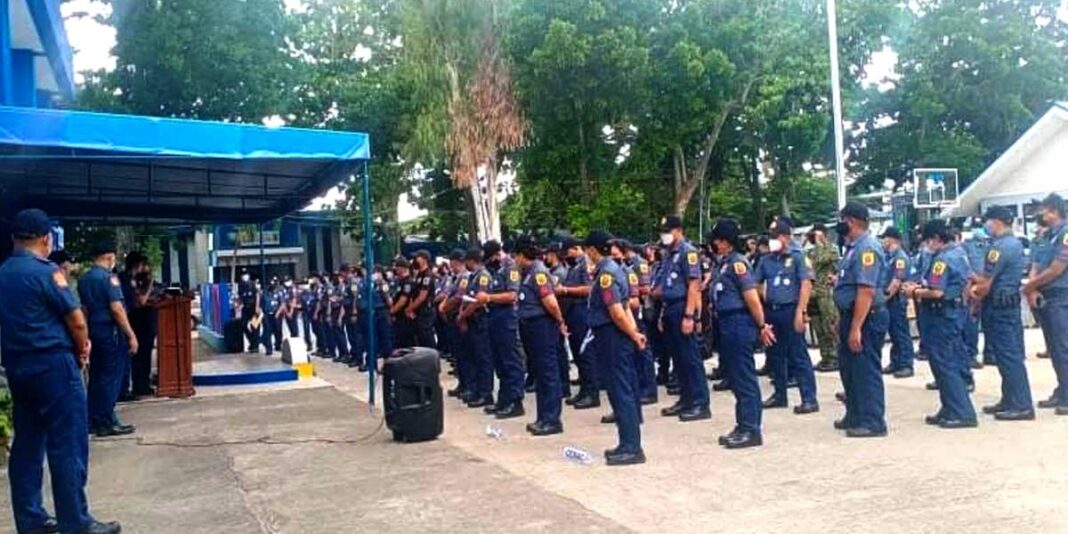 Bacolod City – The Bacolod City Police Office (BCPO) has started to deploy on over the weekend some of the 557 personnel assigned to secure the local and national elections today, May 9, 2022.

Police Lieutenant Colonel Sherlock Gabana, BCPO public information officer, said that these personnel were from all 10 police stations and other units here.

Gabana said that some of them were already deployed to assist and secure the transport of Vote Counting Machines (VCMs).

Two police officers will also be assigned to each polling center while two more will be deployed outside the perimeter of the school.

For big schools, four police officers will be assigned for security.

Police Assistance Desks will also be put up outside the polling centers for election-related complaints and concerns.

Gabana said they have no augmentation from other units, though 390 personnel from Police Regional Office (PRO)-6 who just finished their training here were recalled and deployed to other provinces for the elections.

After the elections, Gabana said that these personnel will just return to the BCPO.

Gabana said the 557 personnel will remain on their assignments until the whole process is finished, from voting to counting of votes, and declaration of winners.

When asked if there’s something to worry about the election situation here, Gabana said he is grateful that no election-related incident happened here in the past months during the campaign period.

For the local elections, former Congressman Alfredo “Albee” Benitez has challenged incumbent Mayor Evelio Leonardia, who is running for his last 3-year term, for the mayoralty position here. (Glazyl Masculino via The Daily Guardian (TDG), photo courtesy of TDG)