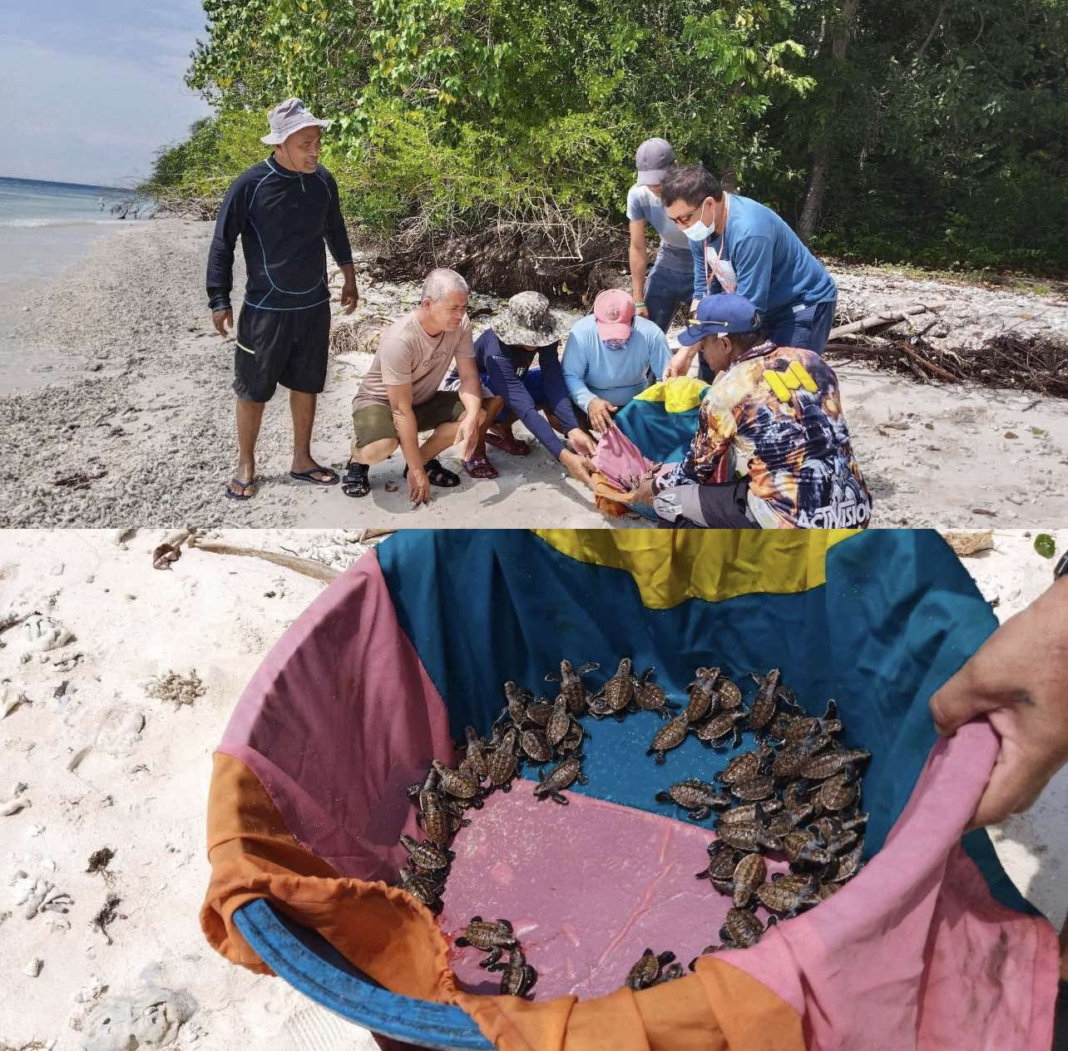 The PAMO has spearheaded the release of hatchlings for several times now since the discovery of the nesting site in the world famed island.
The hatchlings were identified as Hawksbill Turtles with scientific name Eretmochelys Imbricata, an endangered species.

The OCENR appeals for the continuous support of stakeholders and local communities to protect marine biodiversity.