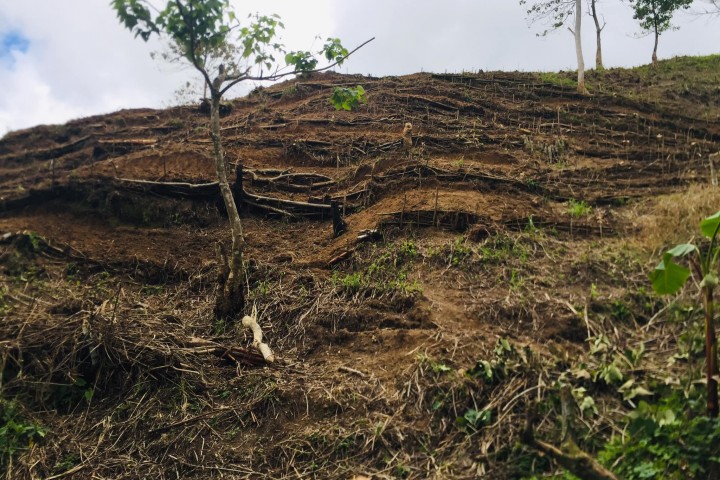 Davao del Norte:   More assistance are coming their way to indigenous peoples (IP) communities of Talaingod once they nurture self-reliance and abandon their allegiance  to the New People’s Army (NPA) rebel group.

Provincial Governor Edwin Jubahib has made this assurance as he continues to infuse livelihood assistance  to Ata Manobo villages in the Municipality of Talaingod together with national line agencies and the Philippine Army.

During his recent trip to Sitio Kaylawan (an IP term meaning forest),  Jubahib not only assured villagers of more government programs and projects but also promised them of sustained supply of rice to every family found diligent in planting agricultural crops and in backyard animal raising.

Prior to his visit to Sitio Kaylawan accompanying Secretary Isidro Lapena of the Technical Educaiton and Skills Development Authority (TESDA),  Jubahib hauled to Talaingod 16,000 seedlings of various vegetable and trees and 30,000 banana seedlings to be planted in some idle lands of Ata Manobo ancestral domains.

He expected them to till their lands and make them productive while encouraging them to  become serious in the quest to change  their economic status.

He assured to bring along more government assistance from the national and from the local governments and that would also mean continued monthly supply of five kilos of rice for those monitored tilling their lands and planting  the seedling that he had hauled for them.

“Kung mahitabo na, 10 years from now mas kwartahan pa mo sa mga tawo nga naa sa syudad. (If this would happen, 10 years from now you would be much moneyed than people in the city),” he said referring to foreseen productive lands.

In support  to  agricultural production, the provincial government will also be installing solar panels in  this far-flung village along with TESDA and the 56th Infantry “Tatag” Battalion.  (PIA XI Jeanevive Duron Abangan)