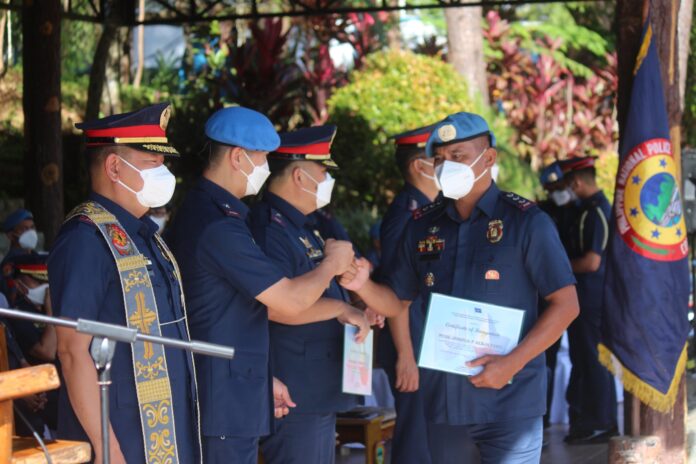 A Certificate of Recognition was given by the Regional Director to the police officers who were former members of the PNP United Nations Peacekeeping Team for their invaluable services which contributed to the PNP united nations peacekeeping operations.

The awardees include the PROCOR’s Deputy Regional Director for Administration, PBGEN John C Chua who served as UN peacekeeper in Kosovo, Liberia, and East Timor.

The other 22 awardees are:

The International Day of United Nations Peacekeepers is celebrated every 29th of May, to pay tribute to the uniformed and civilian personnel’s invaluable contribution to the work of the organization and to honor the peacekeepers who have lost their lives serving under the UN flag since 1948. (Joseph Manzano)