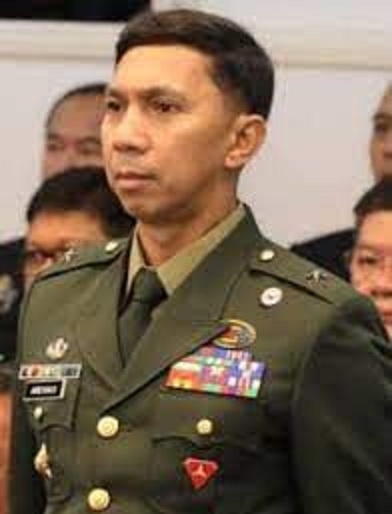 Bacolod City – A top-ranking military official recently warned candidates of aiding the New People’s Army by complying to their demands, in relation to the May 9 elections.

Maj. Gen. Benedict Arevalo, Army’s 3rd Infantry Division commander, said he is reminding not only politicians, but also other individuals, not to give in to the demands of NPA bandits.

If this incident happens, we ask you to inform state forces about the circumstances so that we can resolve it at once in coordination with the law enforcers, he added.

Arevalo reiterated that 3ID forces in Western and Central pledged to support a safe, fair and secured election on May 9.

He reported that the 3ID security measures started even before the start of the election period on January 9, through the conduct of joint checkpoints and monitoring of identified concerned areas in the two regions of Visayas, in tandem with the PNP and Commission on Elections.

With other concerns such as extortion and isolated incidents perpetuated by the CPP NPA, Arevalo said Army troops continuously conduct focused military operation in areas that the terrorist groups’ threat is imminent.

Pasaporte assured Negrenses that the elections would be safe, accurate and fair in Negros Island, and that all Negrenses can freely choose their candidates. (Gilbert Bayoran via The Visayan Daily Star (TVDS), photo courtesy of TVDS)