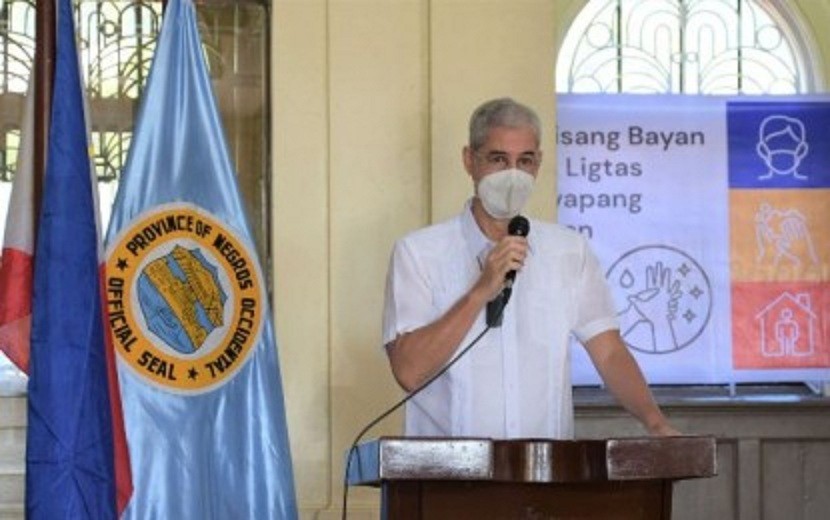 Negros Occidental Gov. Eugenio Jose Lacson aired his support to the call of Negros business leaders for the issuance of an executive order by President Ferdinand Marcos Jr., creating the Negros Island Region which includes Siquijor, ahead of the passage of a law creating it.

The joint statement issued by business leaders in Negros Occidental and Oriental expressed their strong support for the “re-establishment of a separate, stand alone and full-fledged region, which will encompass Negros and Siquijor islands.”

The proposed NIR bill, which was already approved by the House Local Government Committee, is now up for deliberations by the Committee on Appropriations, prior to its passage for second reading by the House of Representatives.

Bacolod City Mayor Alfredo Abelardo Benitez also pushed for issuance of EO by President Marcos Jr., creating the NIR ahead of the law.

Lacson said it needs another executive order “in the same manner it was done during PNoy’s time.”

In 2015, the late President Benigno Aquino III issued an executive order creating NIR. However, it was dissolved by his successor, Rodrigo Duterte, two years after.

“An executive order from the present administration, I think that will be sufficient enough,” Lacson said, referring to NIR creation.

While Gov. Roel Degamo expressed opposition to the creation of NIR, the three solons of Negros Oriental solons, six congressmen, including Abang Lingkod Rep. Stephen Joseph Paduano and a congresswoman of Negros Occidental, congressman and governor of Siquijor, have however co-authored the NIR bill.

Negros Oriental and Siquijor are both under Region 7, while Negros Occidental belongs to Region 6.