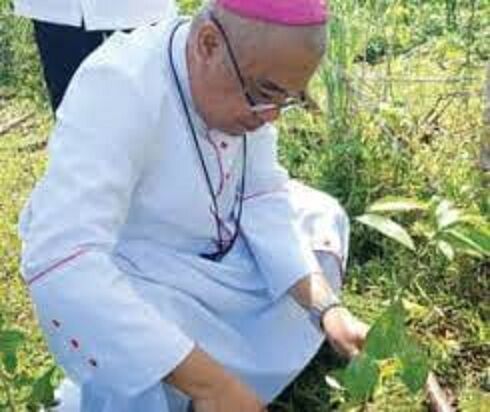 Bacolod City – Clean energy and sustainability groups recently said unlocking renewables should be the priority of local government and stakeholders alike for the benefit of Negrosanon consumers and the environment.

Last week, San Carlos City Mayor Renato Gustilo challenged groups opposing the 300 MW liquefied natural gas project of San Miguel Corporation and calling to revoke the resolution of non-objection issued to it by the Sangguniang Panlalawagan (SP) to cut off their electricity if they do not want to make use of fossil fuels, since power used in Negros Occidental is contracted from coal-fired power plants in Panay and Cebu.

“Mayor Gustilo is on point in saying that the electricity that powers our homes actually comes from coal plants outside Negros Island. That residents of San Carlos and the province have no choice but to rely on dirty energy is something which we have been lamenting about for long, and is precisely the problem that we are asking him to help address,” said Bishop Gerry Alminaza of the Diocese of San Carlos.

Negros Island is dubbed as the Philippines’ renewable energy (RE) capital, with its installed power generation plants producing nearly 100% RE. Electric cooperatives, however, contract power from plants outside Negros.

“We produce large capacities of clean energy, yet our people are not even able to fully harness and benefit from this. Allowing LNG to enter our shores diverts our attention from maximizing truly sustainable energy while subjecting host communities and the environment – including the bountiful marine life of Tanon Strait – to pollution and disturbance, as well as an intensifying climate crisis,” added Bishop Alminaza, who also serves as convenor of advocacy group REpower Negros.

Natural gas, more appropriately fossil gas, has been subjected to local and global scrutiny for negative impacts on the climate and environment.

Being a fossil fuel, its extraction, transport, processing, and burning also emit high amounts of greenhouse gas emissions especially methane – a gas which traps heat in the atmosphere 80 times more effectively than CO2 over a 20-year period.

“Moreover, there is no assurance of more affordable energy costs with LNG, especially with gas and other fossil fuel prices rising to record highs with disruptions to the global supply chain. Unless we shift to using renewables to power our homes, Negrosanons are bound to continue suffering from fossil fuel power that is costly to both our pockets and our environment,” he added.

Bishop Alminaza and concerned groups have been vocal in opposing the SMC LNG projects and demanding a recall of the resolution of non-objection (RONO) from the Sangguniang Panlalawigan, which, as the groups maintain, was prematurely and unjustly issued to the project.

“Provided the latest findings and evidence of the impact of methane, emitted throughout the fossil gas value chain, it is untrue that fossil gas is a clean alternative. Along with key marine biodiversity areas, coastal communities are becoming increasingly vulnerable to the expanding fossil gas industry. The climate crisis requires a more immediate solution and true energy transition requires a rapid and more ambitious approach. Energy development should veer away from a fossil gas detour that locks the country into unsustainable and dirty energy,” read a letter filed by the groups opposing the RONO, led by Bishop Alminaza, think-tank Center for Energy, Ecology, and Development (CEED) and local Church and environmental stakeholders.

The groups maintain that there is no sufficient basis or studies, such as a proper Environmental Impact Assessment (EIA), for the SP to approve a RONO, and thus “collectively assert our rights as legitimate stakeholders of the proposed project and demand the urgent retraction and/or revocation of the RONO enacted by the Sangguniang Panlalawigan.” (Dolly Yasa via tvds photo by newcity.ph)