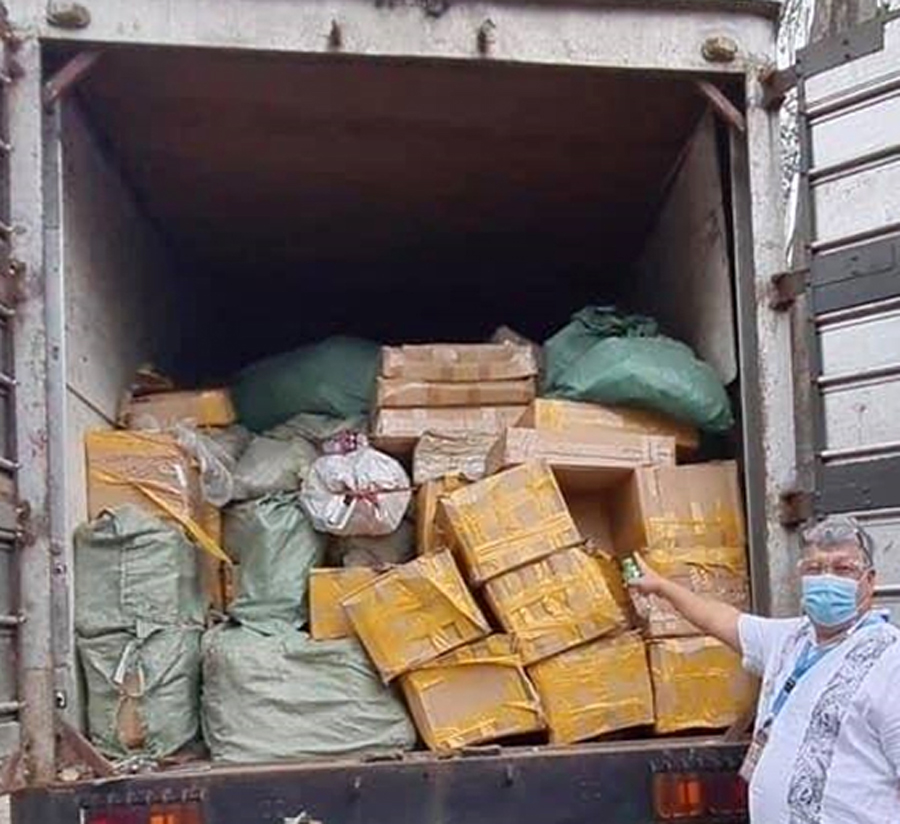 Bacolod City – More than ₱ 500 million in fake Bureau of Internal revenue stamps were recovered from a cigarette warehouse near the St. Vincent’s Home for the Aged in Brgy. Tangub, Bacolod City recently.

Regional director Antonio Jonathan Jaminola of BIR-12 Bacolod said they seized at least 29 boxes, each containing 500 pieces of counterfeited stamps valued at ₱ 37.50 from the warehouse during their raid.

Jaminola said the raid was conducted in coordination with the Philippine Army and the National Bureau of Investigation after they received a tip from a concerned citizen that the warehouse was allegedly storing fake BIR stamps.

He said they were forced to break into the property because the warehouse was padlocked and the owner was not around during the raid.

When the two trucks parked at the warehouse were opened, the raiding teams recovered papers and cartons believed to be used in making the fake stamps and in packing the cigarettes.

The raiding team also opened the wing van parked outside the warehouse and recovered additional boxes of fake BIR stamps along with several boxes of four brands of alleged fake cigarettes.

Jaminola said they will conduct an inventory to know the exact number of the fake stamps seized. He said they will also take into custody the vans where the evidences were recovered.

Jaminola also said that the owner of the warehouse, whom they have yet to identify, will face charges for violation of the National Internal Revenue Code Section 265 that prohibits the manufacture and use of fake BIR stamps.

Under that law, any person who prints or makes BIR stamps, labels, tags or playing cards may be punished by a fine of not less than ₱ 10 million but not more than ₱ 500 million, and imprisonment of not less than five years but not more than eight years. Aside from violating the NIR Code Section 265, Jaminola said the owner of the fake cigarettes will also be charged for tax evasion, adding that those who are engaged in similar activities should stop.
(Adrian Nemes III via The Visayan Daily Star (TVDS), photo courtesy of TVDS)