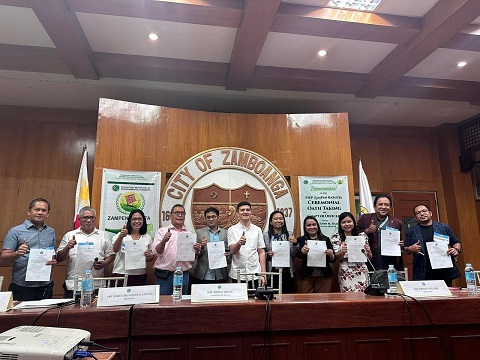 Mayor John Dalipe swears IN the newly-elected officers of the Philippine Institute of Environmental Planners (PIEP) ZAMPenBASULTA chapter, a non-governmental, non-profit, professional organization that promotes, advances and raises the study, practice and development of environmental planning in this part of the country.