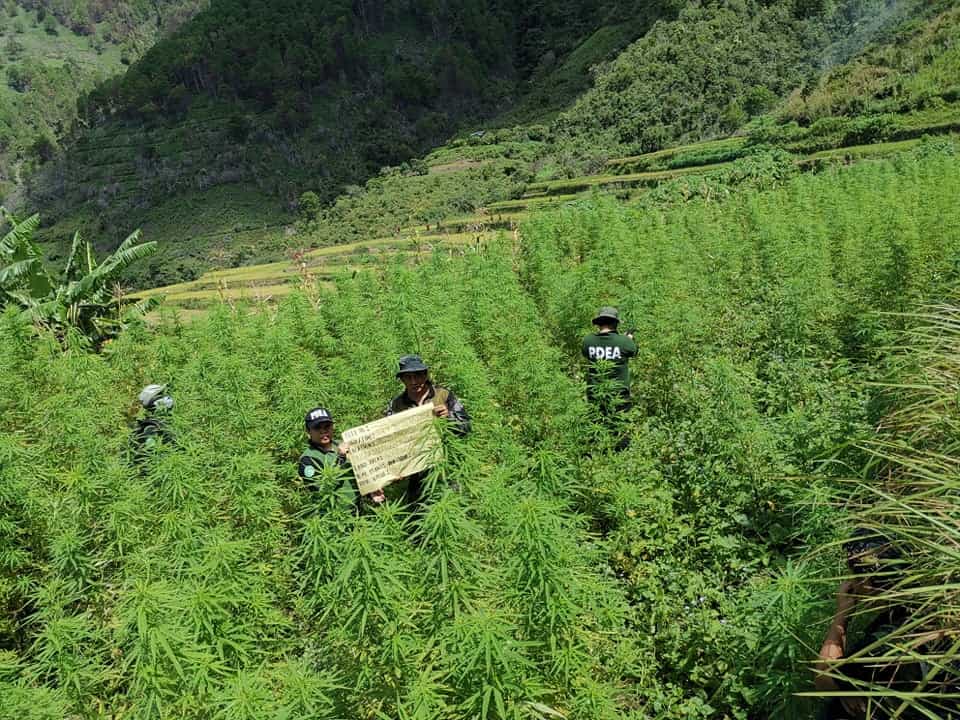 A total of 18 Marijuana Plantation sites were discovered by the anti-narcotic operatives with a total land area of 1.83 hectares. 251, 500 pieces of fully grown MJ plants with a total market value of PHP 50, 300, 000.00 were uprooted and burned on-site.

Marijuana is the number 2 drugs of abuse while it is the highest number in conducted operations in Cordillera.

Despite cultivator efforts, we will strive to halt the cannabis growing sites throughout identified plantation areas in the region. PDEA and cooperating agencies said in a Facebook post.