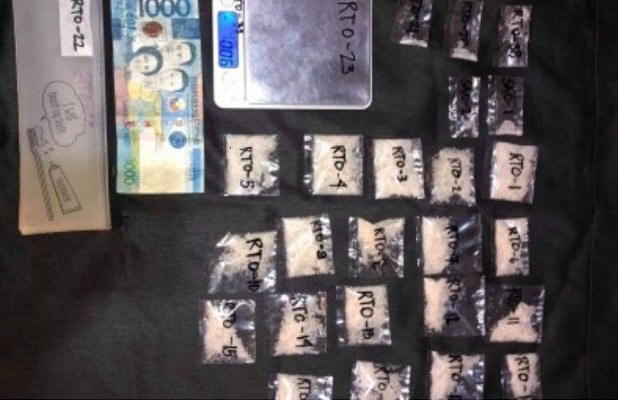 Around 3:45 a.m. today, four persons were caught after selling P1,000 worth of shabu to an undercover policeman of Police Station 3 in a residence at Barangay Alijis.

During the operation at Block 37, Lot 14, DC1 of Regent Pearl Homes Subdivision, they yielded eight sachets of shabu weighing about 405 grams and with an estimated value of P5.062 million.

The two suspects were found in possession of 24 sachets of shabu, including the buy-bust item, during the operation around 3:30 p.m.

The confiscated items, weighing about 100 grams, were valued at P1.2 million.

Col. Leonardo Borromeo, chief of CDEU, said in an interview that Oro and her son have been placed under surveillance for some time before yesterday’s operation.

The two suspects have been detained at the custodial facility of Police Station 3.* (Nanette Guadalquiver, NDB)