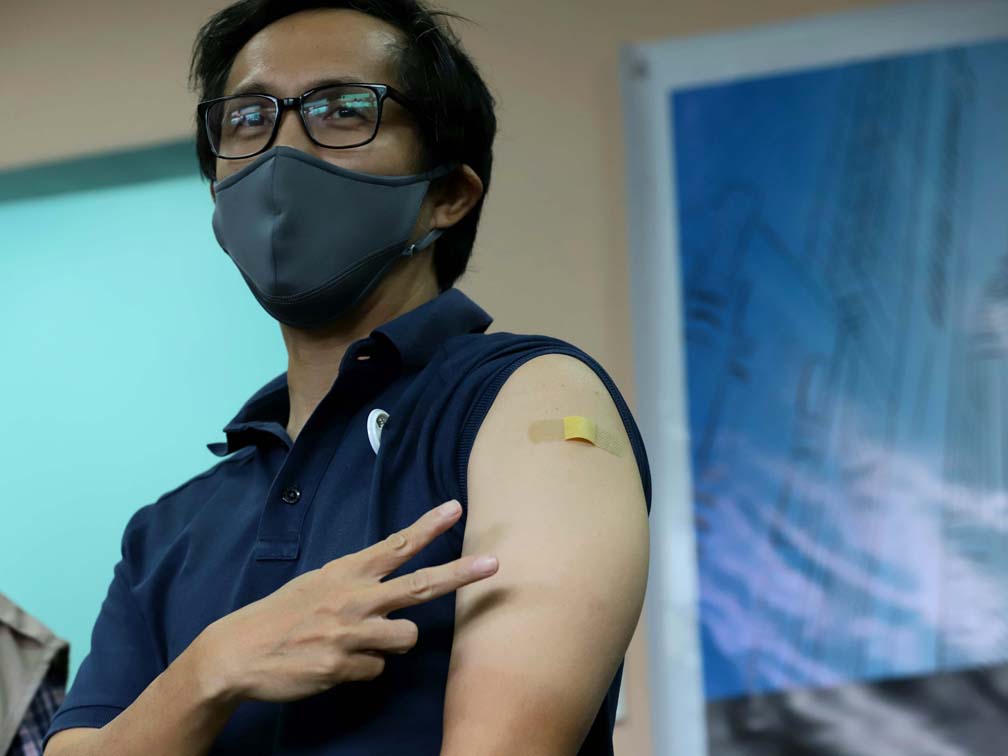 National Task Force (NTF) against Covid-19 Deputy Chief Implementer and testing czar Vivencio “Vince” Dizon said the government will complete the distribution of the initial 1.1 million doses of Covid vaccines before the arrival of the second wave of vaccines.

He said over 60 percent of the 1.1 million doses were already deployed in designated areas for distribution, as the government’s prepares for the arrival of P1.4 million additional doses this month.

Of the said doses, 600,000 are Covid-19 vaccines from Sinovac Biotech, Coronavac, which was donated by the Chinese government, and the remaining 525.600 are AstraZeneca vaccine doses from the Vaccines Global Access (Covax) facility of the Global Alliance for Vaccines and Immunization (GAVI).

“We will be completing the distribution of the remaining vaccines in the upcoming days,” Dizon said.

An additional 400,000 doses of Coronavac vaccines are expected to arrive starting March 21, 2021.

Despite the arrival of these Coronavac jabs, Dizon reiterated the government is unlikely to meet the initial goal of inoculating 1.7 million medical workers this month, which will require 3.4 million doses of vaccine.

He said they would be able to complete the target by April or May as more vaccines becomes available, including the 117,000 doses of Pfizer-BioNTech from the Covax facility.

Once the government completes the vaccination of medical workers, Dizon said the government will finally start inoculating the general public by midyear.

At least 50 million people are expected to be vaccinated by the government this year as part of its efforts to minimize the spread of infections.