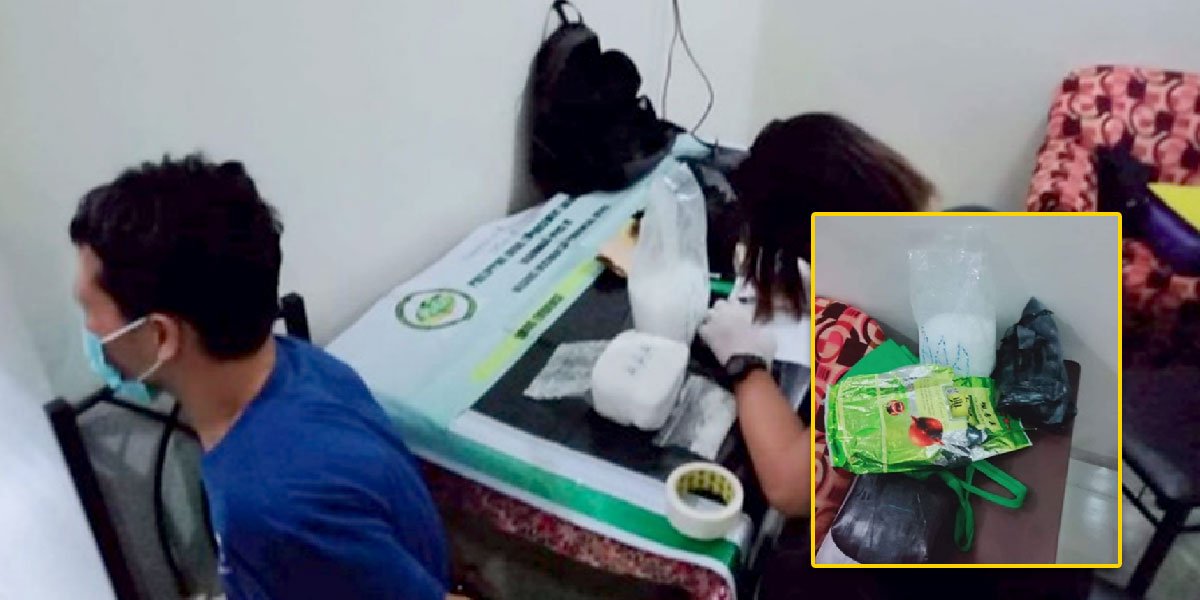 The Philippine Drug Enforcement Agency (PDEA)-Negros Occidental said Tuesday that the P13.9 million worth of suspected shabu seized in San Carlos City last Monday was believed to be sourced from a Chinese drug syndicate.

This was revealed by PDEA-Negros Occidental officer-in-charge Nicolas Gomez, claiming that the contraband was “imported” based on its packaging.

The suspected crystal meth was wrapped with rubber and placed inside an imported Chinese tea bag to avoid detection at the seaport.

Gomez cited that in July 2020, PDEA seized around P136 million worth of illegal drugs from two Chinese drug dealers and their Filipino accomplice in a buy-bust in Quezon City, Metro Manila.

He said that the drugs in Quezon City had the same packaging used in contrabands that were recovered in the series of operations in San Carlos City, Cebu, and Sibulan in Negros Oriental.

It is likely that the substances came from the same source.

Last Sunday, P47 million worth of suspected shabu was also seized from three persons in Cebu, and another P13.7 million of the same drugs was also confiscated in a bloody drug bust in Sibulan town.

“It’s possible that these items have yet to be distributed in other areas because of the community quarantine status and the strict security measures amid the coronavirus disease 2019 (COVID-19) pandemic,” Gomez said.

He said that the contraband was transported via San Carlos because the place is a strategic area for transshipment, considering that it is close to the region of Cebu, and the oriental side.

He also stressed the importance of the involvement of the community. “The concern of the people in the community to report any suspicious actions in their respective areas can help authorities arrest drug personalities.
(Glazyl Masculino via The Daily Guardian (TDG), photo by TDG)