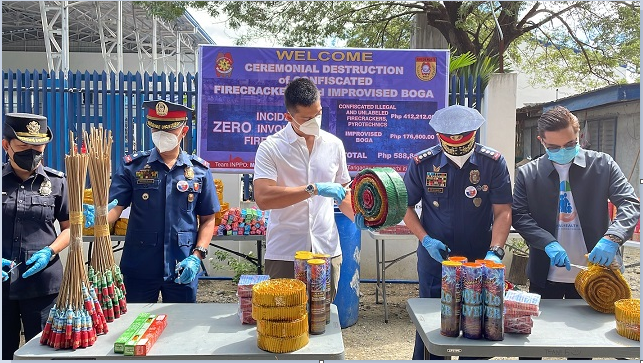 The firecrackers and pyrotechnic materials that were destroyed include Judas Belt, sparkled luces, assorted fountain, and kwitis. These were all soaked in water.

Meanwhile, the improvised boga were seized and personally surrendered by some users. 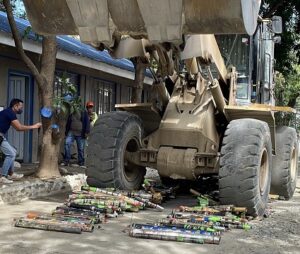 Suriben attributed their achievement of zero incident involving firecrackers through their stringent monitoring and community awareness for a safe and injury-free celebration of New Year in the province.

Some of their best practices include daily visitations in the communities and signing of pledges among law enforcement agencies to ensure public safety and security during the holiday season.

To attain zero firecracker incident in Ilocos Norte, the police chief said they will be recommending to the Firearms and Explosive Office of the national headquarters for the unauthorized sellers not to be permitted to vend next year. (JCR/MJTAB PIA Ilocos Norte | Yna Arzadon)