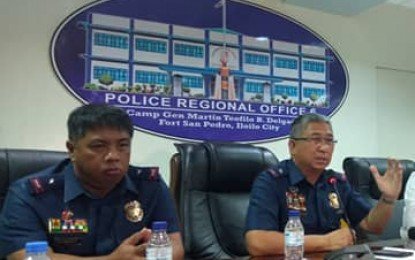 The top police official of Western Visayas has ordered city and provincial directors to intensify intelligence monitoring following the abduction of a retired police officer in Bacolod City on Friday.

Police report said he was dragged by the unidentified men inside a white Toyota Hi-Ace with conduction sticker YS 4514 and fled.

Brig. Gen. John Bulalacao, Police Regional Office (PRO) 6 chief, regarded the incident as “alarming” because “it manifests the boldness of the people who perpetrate the crime”.

“I have already directed the director of Bacolod City and for this matter all provincial directors and city directors to make sure that they will maintain their vigilance and they will intensify intelligence monitoring,” said Bulalacao in a press briefing yesterday.

Bulalacao said the intensified intelligence monitoring could prevent a repeat of the incident.

Police are currently gathering available pieces of evidence and other information from witnesses and other credible sources, he said.

Col. Henry Biñas, officer-in-charge of the Bacolod City Police Office (BCPO), already requested for the copy of the closed circuit television (CCTV) footage at the Metro Inn Hotel and nearby establishments to help in the investigation.

Bulalacao, however, was uncertain of Pirote’s possible involvement in illegal drugs as his name is included on the list of alleged drug personalities.

“Meantime, let us allow our investigators to do their thing to go on with their investigation so that we will not hamper their effort and be able to solve this case as soon as possible,” he said.* (Gail Momblan, PNA via NDB)

Espenido assigned to Bacolod after stint in Ozamiz